You are here: Home » News » “Lewa is a catalyst – we’ve pioneered community-centric conservation” 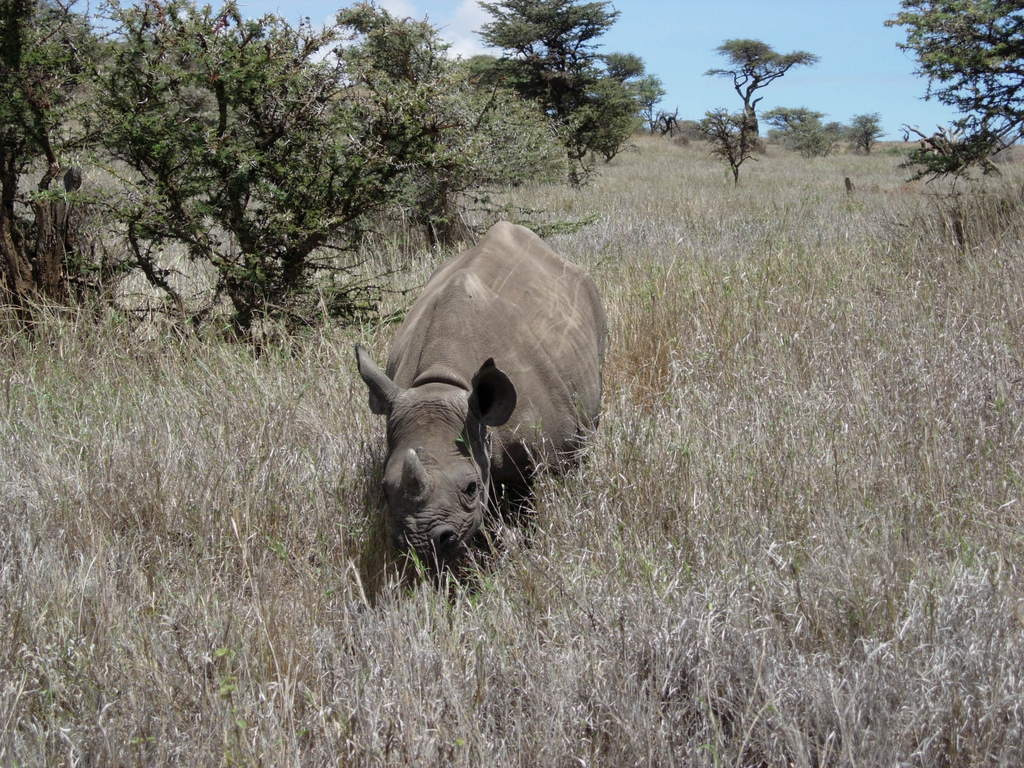 Wanjiku Kinuthia, Communications Officer at Kenya’s Lewa Wildlife Conservancy explains to Save the Rhino how Lewa has pioneered a model of community conservation – and brought black rhinos back from the brink in the process.

Can you tell us a bit about the history of Lewa – how did the conservancy come about?

Lewa Wildlife Conservancy is in Northern Kenya. We are a sanctuary that protections endangered species, notably the black rhino and Grevy’s zebra, and we also protect other wildlife in our landscape including elephants, lions, cheetahs and leopards, and a whole lot of other species found in our part of the country. Today, our work spans across a 93,000-acre landscape of Lewa and Borana conservancies.

Lewa has existed since 1983. It started off as a rhino sanctuary to protect the last of Kenya’s black rhinos. At that time, in the early 80s, black rhinos were extremely threatened with extinction. In Kenya we had about 20,000 black rhinos in the 1960s, but by the early 80s that population had almost disappeared with only about 300 remaining. Throughout the years, Lewa has become a catalyst and model for conservation. Not only in protecting the black rhino but all the other precious species living here.

When you say that Lewa is a catalyst, am I right in thinking that Lewa is acting as a blueprint for really successful conservation, and other organisations are following your lead?

Exactly. Lewa is a catalyst for conservation as it has initiated practices that have both protected endangered wildlife and initiated development to the region. We support healthcare, water, micro-credit and education in our area, as well as providing employment opportunities. We’ve been doing this work for a long time, so other wildlife organisations are coming to us and see us as a platform to help them start being successful at conservation with their community on-side too.

What impact has Lewa had on wildlife conservation?

We’ve seen a huge impact. When we started in 1983, we had just 15 black rhinos living on our land. Not only has this increased but we’ve also been able to re-stock other previously uninhabited areas with rhinos. We’ve reintroduced rhinos to places where they had been wiped out in the 70s and 80s. In 2013 we moved some of our growing population to Borana Conservancy, next door, and as recently as 2015 we moved rhinos for Sera Wildlife Conservancy.

Our impact isn’t just within our own parameters. Lewa’s wildlife isn’t just protected by rangers, and fencing. If anything, what we’ve achieved beyond the fence-line is our biggest success to date; pioneering a community conservation movement across northern Kenya through the establishment of the Northern Rangelands Trust (NRT). NRT, with Lewa as its anchor, is working towards a future where wildlife and people can thrive together.

Can you tell us about the team at Lewa – what drives them?

The people I work with at Lewa are deeply passionate about what they do. We all believe in our vision. From the rangers to the office staff, it’s a commitment you rarely see elsewhere. Many have spent at least 10 years serving wildlife and communities. It’s very inspiring to me and hopefully to many others.

What makes the rangers’ job easier?

Rangers thrive on their commitment to wildlife and are ready for the challenge of hard work, but there are always ways to make their lives easier. Technology is rapidly becoming an asset in anti-poaching, and we are increasingly trying to find new things that can help rangers as they carry out their mission. GPS trackers which can help them follow animals’ movements, for example. But as well as the more complex items, there are also the simple things. Like good quality uniforms, good boots to withstand long distances on foot, and durable water bottles.

Our biggest partners at Lewa are local communities living nearby. It’s a day-to-day relationship and whenever big decisions are being made we consult one another. We work closely with our neighbours to ensure they get the benefits of conservation and, in return, they act as the first line of defence against wildlife poachers who often come from outside the region.

As well as security challenges, there is also human-wildlife conflict. An elephant might trample crops or a leopard might stray into someone’s farm and kill a goat. These types of challenges happen, but it’s about how we deal with them which really matters. Because we’ve developed a strong relationship with these people, they know what to do – not retaliate and kill the animal – but call on us and the Kenya Wildlife Service to help.

How does Save the Rhino work with Lewa, and what difference has the partnership made?

Save the Rhino is a key partner, especially in helping our anti-poaching work. The generosity of your supporters has been key in developing our Canine Unit who act as trackers for the anti-poaching unit. On top of funding, Save the Rhino provide a lot of technical support and advice. As Save the Rhino also funds and supports the Association of Private Land Sanctuaries, of which we are a member, this means that Save the Rhino is making a huge impact across the wider landscape of northern Kenya.

Why is rhino conservation so important?

For us on Lewa, the rhino is an umbrella species. So when we protect rhinos, it’s not just the animal we are protecting. When a wildlife sanctuary is created, automatically there is a safer place for other animals from elephants and leopards to insects and birds. For us, the rhino also means a better future for our neighbours through development initiatives. Then there are all the benefits that come to people living alongside wildlife too, like tourism revenue. Protecting rhinos becomes a holistic way of managing an entire ecosystem, part of Kenya’s natural heritage and our nation’s future, too.