You are here: Home » News » Trip to see IRF in San Diego Zoo 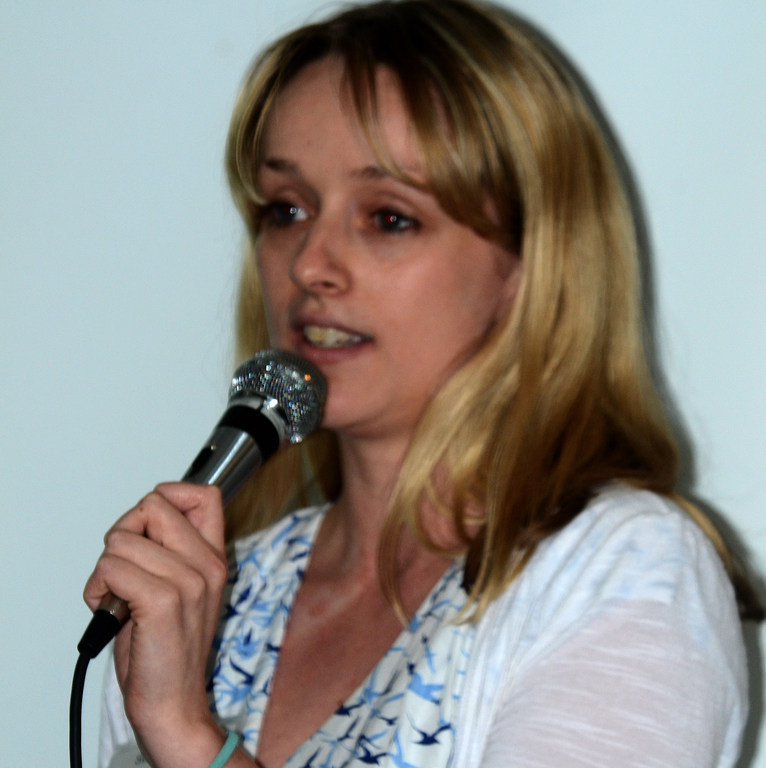 A different kind of trip to the zoo

This month I was lucky enough to be invited to the International Rhino Foundation’s (IRF) board meeting in San Diego. It was a fantastic and informative couple of days when we could collaborate with our partners in the US and develop partnerships.

After an 11-hour flight from London Heathrow to San Diego, I was exhausted and just craving my bed. On the plus side it was 28C and I had just left everyone at home wearing scarves and gloves. Even in our office we have to wear them (with no central heating our office gets very nippy). After the usual friendly greeting by the US border control, I got to my hotel and was asleep within 10 minutes. That night unfortunately the clocks went back an hour so I was now 8hrs ahead of local time, meaning I was wide awake at 4am planning my next couple of days.

After a morning trying to overcome jet lag I was finally ready to meet up with Susie Ellis (Director) and Bill Konstant (Programme officer)  from IRF and their marketing team. I also met their latest recruit Gloria Goeres (their new programme assistant) who became my saviour when it came to remembering everyones names. This was the first time I’d met everyone from IRF and there were around 50 people attending the meeting over the three days. We sat in a very air-conditioned Starbucks with a fantastic team who give up their free time to support the IRF and provide them with advice and services that IRF need to raise awareness and to fundraise for their programmes. There were many talks and plans made for Andatu and the fantastic appeal that the IRF have been running with SRI, plus many other aspects. A new event that I learnt about was called Bowling for rhinos whereby zoo keepers in the US raise money for rhino conservation by running a bowling competition among zoo staff with an auction each year. It is a fantastic event as zoo keepers are so passionate about their animals and so this gave them an outlet to make a real difference to the species they looked after. It would be a great thing to start in the UK.

The next day the official board meeting was held inside San Diego Zoo who were hosting the meeting. The IRF are supported by a board spread out all across America and the rest of the world. This was the one opportunity to get everyone together to report back all the work that everyone was doing and discuss next year’s plans. There were people there from Texas, Florida, Switzerland, UK, India and Australia etc.

The meeting went on over two days and consisted of updates from the IRF team and updates from their African and Asian programme managers in the field. Tom Milliken from TRAFFIC (elephant and rhino programme leader) was the keynote speaker. His presentation was very inspiring and motivating as he gave us the background to which countries has previously used rhino horn.

Rhino horn was originally identified as a heat-reducing drug in Chinese medicine and was always used in combination with other ingredients. It goes back to the Chinese tradition of balance, yin/yang and keeping this balance within the body.

Japan, South Korea, Taiwan and Yemen have all been countries that historically did use rhino horn in the 1970s-90s but trade in rhino horn to these countries is almost non-existant. A lot of hard work by NGOs and governments went into making this happen but it did show what can be achieved. Tom’s talk showed the importance of working within the countries where demand and was encouraging as SRI has just given its first grant to Education for Nature Vietnam to work on an awareness campaign within Vietnam.

On the final day, IRF’s partners were asked to make presentations about the work our organisations have been doing. The partners included Kerry Crosbie from the Australian ngo Asian Rhino Project, Rhisjha Cota-Larson from Saving Rhinos, our very own patron Francesco Nardelli from the Indonesian Rhino Foundation and Save the Rhino. SRI works in partnership with the IRF on all of our Asian programmes.

After all the meeting concluded, I had to head home buzzing with many ideas and many new contacts that will contribute to the work SRI can do in the coming year. Overall it was a fantastic trip and I am very grateful to the IRF for inviting us to be part of their meeting. It is a great example of NGO partners working hard together to make a real difference to their cause.