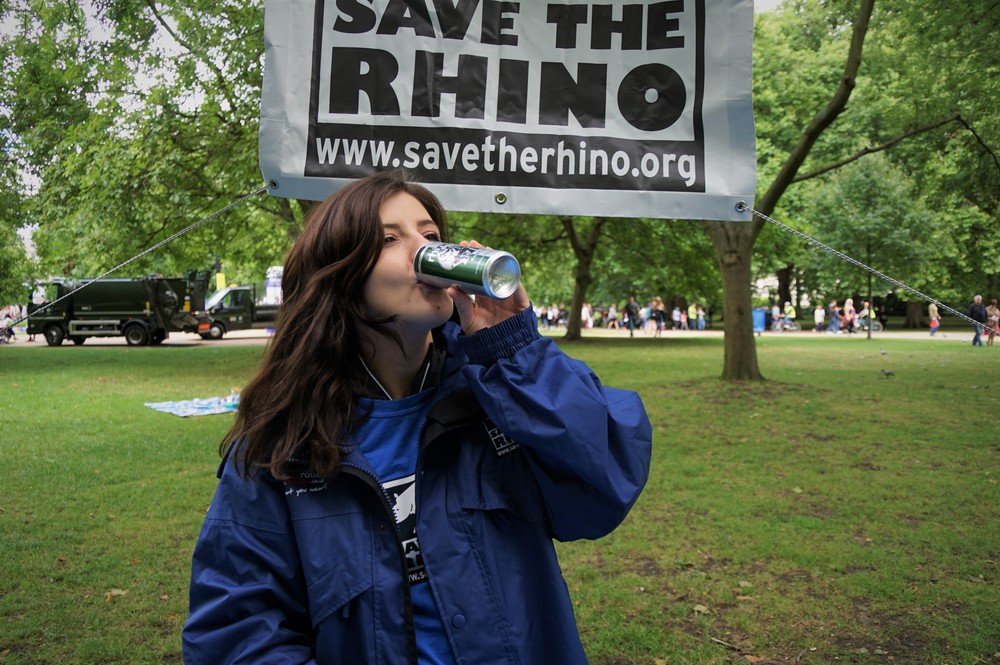 We had a fantastic day yesterday at Rhino Mayday 2012, which was hosted by the Grant Museum of Zoology at University College, London. For those who couldn’t make it, here’s a round up of each of the presentations we heard on the day. Don’t forget to continue the debate and leave your comments below.

Two controlled sales of ivory stockpiles have failed to stem the flow of illegal ivory to East Asia, and specifically to China. In fact, if anything, the legal sales appear to have stimulated demand and consequently contributed to an increase in illegal ivory flows and the poaching of elephants. In terms of China, investigations by EIA indicate that the latest legal sale in 2008 has clearly failed to either reduce the price of ivory or curb illegal trade. This failure should be recognised and not repeated. The biggest threat to elephants is now the regulated domestic market. Opening up trade hasn’t worked for elephants, and it won’t work for rhinos either.

The Register of Chinese Herbal Medicine (RCHM) was set up in 1987 to regulate the practice of Chinese Herbal Medicine (CHM) in the UK and is working towards the statutory regulation of herbalists. The RCHM strongly condemns the illegal trade in rhino horn and other endangered species and has a strict policy prohibiting the use of any type of endangered species by any of its 450 members. Gary Minns, RCHM President, and himself a practitioner of acupuncture and CHM presented information on the use of rhino horn within the CHM tradition, discussed historic and present day demand and outlined herbal substitutes that are available for rhino horn.

Colchester Zoo has a current herd of 5(1.3.1) white rhino that inhabit a mixed paddock with reticulated giraffe, damara zebra, ostrich, greater kudu and a small flock of African crowned crane. Due to the nature of the enclosure at the zoo, keepers have daily close contact with the rhino and as a result have built up an excellent working relationship with the herd. Target training is a valuable husbandry tool and enrichment technique and was introduced to all individuals of the herd in 2008. It is used to move the animals between various areas within the indoor enclosure and between the house and paddock. It has also proved very helpful as the basis for introducing the rhino to new situations and training events, for example crush training.

The oldest member of the herd, in her forties, is a female named Flossy. A few years ago she developed hoof rot in one of her back feet which, considering her age, would have had a significant negative impact on her welfare. So it was down to the team of six keepers on the section to tackle the problem of how to treat the issue. The basic target training she had already mastered was used to position her in such a way that the keepers administer hoof care with a minimum of risk to Flossy or themselves. Flossy now goes through a daily routine of lifting each of her back feet for treatment before placing it in a foot bath of salt water and iodine. We also take fortnightly blood samples from her ear and can administer injections. Her welfare has improved dramatically since this programme started and she is once again an active member of the herd.

Pobitora Wildlife Sanctuary (PWS) is a tiny reserve for the Greater Indian One-Horned Rhinoceros about 50 km by car from Guwahati, the largest city in Assam and the seat of the Government of Assam. According to the latest rhino census from March 2012 93 rhinos are living here, showing the highest density of rhinos in Asia. As this number of rhinos may be close to the carrying capacity, rhinos from PWS have already been translocated under Indian Rhino Vision 2020 to set up new viable rhino populations (Manas N.P.). Beyond this, PWS is an important tourist destination for private tourists as well as for government officials and their guests of state. On their frequent, quite popular short trips from Guwahati these last-mentioned visitors not only can watch rhinos but also can be introduced to all aspects of rhino conservation easily and at first hand. That may be useful for conservation efforts in Assam on the whole, and particularly may help solving problems like cattle grazing or collecting of firewood within the boundaries of the sanctuary, while poaching is a minor problem at present.

When wildlife photojournalists Ann and Steve Toon published a book on rhinos ten years ago, the future looked positive for the African species. Now that’s all changed, prompting the couple to return to the subject with a new multimedia project to raise awareness of rhino conservation. Project African Rhino will spotlight some of the successful conservation initiatives and scientific developments taking place in the face of current threats, including the poaching crisis. It will highlight key issues through press articles, a blog and social media, culminating in a book and exhibition. Ann and Steve introduce the project and share their experiences photographing rhinos for more than a decade.

Nevin Hunter, Head of Unit, UK National Wildlife Crime Unit
Help us kill the illegal trade – tell us what you know or hear

Nevin Hunter is the recently appointed Head of the National Wildlife Crime Unit. He has over 20 years experience as a Police Wildlife Crime Officer and was until recently seconded as the Head of Compliance at the UK CITES Management Authority.

Treating rhinos in the field presents many challenges. Even simple preventative measures, such as microchipping and DNA sampling, require a general anaesthetic that can be risky to a healthy rhino. Unfortunately, poachers are now using the same anaesthetic drugs that vets use to dart rhinos, rather than shooting to kill. This means that rhinos are being found alive with horrific facial injuries and suffering from the complications of a prolonged, uncontrolled anaesthetic. Some dedicated vets in South Africa are attempting to treat these animals.