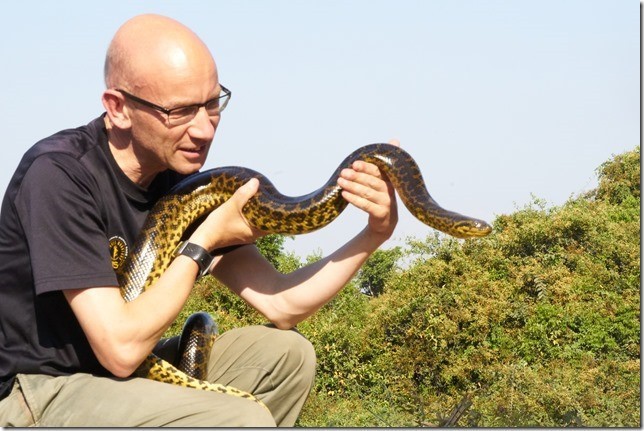 I have been asked a good question by Save the Rhino: Why did I give them money last year? Like most good questions, the answer is a bit more complex than it might initially appear.

One answer (not a good one) might be “habit”. I have given 10% of my earnings to the rhinos for a good number of years now. The 10% figure came from a conversation with a mate called Antony, a devout Jew, who told me it was a strong part of their tradition, their beliefs, that 10% should go to good causes. Extra Brownie points are gained by doing it discreetly, quietly, behind the scenes, a genuinely philanthropic or charitable act without seeking recognition. So, as an ex-Christian atheist rational non-believer, I thought, that sounds spot on, I can rise to that challenge. (As an aside, paradoxically, it’s harder to do in the good years, should of course be the other way round, shows how utterly irrational we are about money.)

But, why rhinos? One of the key reasons was Al Gore’s film An inconvenient truth, which I saw him talking about in Edinburgh when it first came out. I have a recollection that during his phenomenal tour de force exposition of climate change, one of the stats he threw out was that of all the world’s combined charitable giving, some 97% of it went on humanitarian causes. Half of the tiny slice of cake left over went on animal welfare (cats, dogs, donkeys etc.). That leaves just 1.5% of all global charitable-giving for saving the planet, whether at ecosystem or habitat or species level. Now, while it’s probably right and natural that people give to other people, there’s an imbalance here that just screams at me. Brits love an underdog, I guess, and in the race for charity cash, the whole planet is the underdog. Go, planet!

But, why rhinos? Answer the exam question, for goodness’ sake. Well… all the usual stuff could come out here… iconic…, prehistoric…, persecuted…, human greed and stupidity…, majestic…, Big 5 not Big 4…, Douglas Adams…. The list goes on. Actually there are some fairly obscure reasons that I am also fond of. I remember from long ago being told that if you lose all the black rhinos, the cheetah has had it. Weird, no? The reason is that the black rhino is the only thing that keeps the acacia bushes from taking over, and if that happens, cheetahs have no space in which to accelerate to top speed. Great little fact, that. Illustrates beautifully the interconnectedness of it all. Another little thing I remember from even further back, when I was a wee boy, is simply that “R is for Rhino”. Every alphabet book you ever read says the same. How can we not have rhinos?

But, I have still not answered the exam question have I. Why did I give last year? Why keep on giving? Habit is a crap answer. Actually, when you get to it, the reason is that it’s a truly fascinating, multi-stranded and complex human endeavour. To save rhinos, you don’t just stomp about a bit and do some guarding duty. You have all manner of stuff to think about: logistical, technological, managerial, political, behavioural, economic, biological, on and on, from Chinese basketball players to surveying for bore-holes, from running informer networks to Impact Bond financing, from financial education for rangers to the debate on the horn trade, from the use of working dogs to cryogenics. It’s an endlessly, effortlessly fascinating world, and it’s only with long-term commitment and connection that you start to realise its depth. And then, there’s the people in the field. Awesome. Just awesome. With the skillset to deal with everything I have just talked about and more besides. I have seen the Scientific Officer of the IUCN African Rhino Specialist Group jump over his own left leg. Go figure.

So I give, every year, 10%. To Save the Rhino’s core funds, so they can direct the cash where it’s needed most. That requires real in-depth knowledge, not my facile, passing acquaintance. My job is to sit on the sidelines and cheer and shout a bit. Go planet! Go rhinos!