You are here: Home » News » Why I’m walking 95 miles this summer 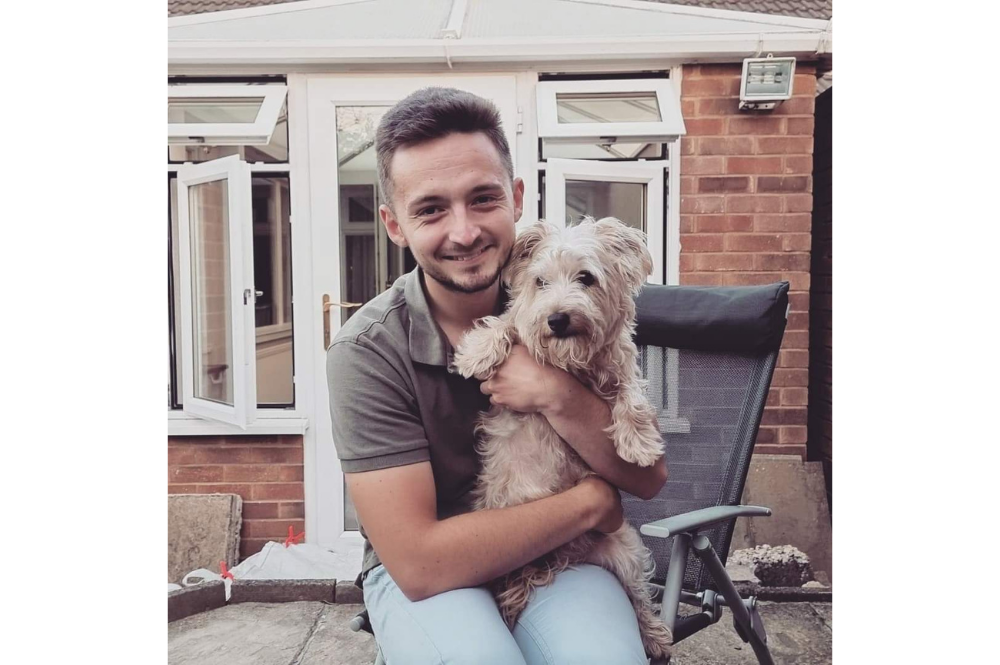 In May 2022, Ryan Eddowes will be walking the length of the UK’s Jurassic Coast (95 miles) to raise money for Save the Rhino and STEPS Charity Worldwide. Why? Well, in his own words, Ryan had a different start to life than most people. He was born with Bilateral Congenital Talipes Equinovarus, also known as “Clubfeet”. It’s a common lower limb condition, diagnosed in approximately 1 in 1,000 babies. The condition affects your feet and ankles, causing your feet to turn inwards and making it extremely difficult to walk. So, you can imagine how much of a challenge walking the Jurassic Coast will be. We asked Ryan to tell us more about himself, and why he wants to take on this incredible fundraising challenge.

What led you to your passion for rhinos?

From a baby, my grandparents brought me up, taking me to a lot of Zoos, on trips to nature reserves and on holidays to the Jurassic Coast. Alongside them, I searched for dinosaur fossils, walked through natural history museums, and saw the records of species that roamed our planet 66 million years ago. I watched countless nature documentaries by Sir David Attenborough. He opened my eyes to the species that are alive today and to what’s happening to our natural world. All of this led me to a life in nature, so it was only natural I’d have a career in the world of wildlife.

When I was 13 years of age, my ambition was to be a zookeeper, but I was told by medical experts that I now only had three options: I could have an additional operation, but this would limit my mobility; I could have no more treatment and between the age of 25 to 30 I begin my descent into a wheelchair; or, I could have prosthetic feet. Either way, my dream of becoming a zookeeper looked unlikely.

Luckily, I was at a Performing arts school (Coppice Performing Arts School) and I began learning how to be more confident. I started creating characters that had no connection to clubfeet. For the first time in my life, I could be someone else, I had no limitations: I could do whatever I wanted. I began doing school shows and musicals, even performing at Wolverhampton Grand Theatre.

Towards the end of school, I knew my career choice was one of two things: drama or nature. But I had to think about how my condition would affect me going forward. Thankfully, I knew someone who had just completed an animal care diploma at a nearby animal-based college. In my mind, I did not want my condition to affect my original dream of becoming a zookeeper (I’ll never forget my first sight of a rhino walking past me at West Midlands Safari Park, seeing the sheer size of them, the look of prehistoric physical appearance. It took me back to my love of dinosaurs.) I knew that one day, I wanted to one day work with rhinos. So, it felt natural to learn about taking care of animals and in turn, be able to work with these magnificent mammals.

After college, I applied to undertake a BSc (Hons) in Zoology with Herpetology at Bangor University in North Wales, and during this time I travelled to South Africa, where I saw white and black rhinos in the wild. It was a true dream come true.

Since then, I have achieved my career dream of working at a zoo, and I’m now a VIP Safari Guide at West Midlands Safari Park. I couldn’t think of a better job. I take guests on various experiences from lion house tours, giving visitors behind-the-scenes tours with the opportunity to feed our pride of lions, to spending the day with our four beautiful Greater one-horned rhinos, including our one-year-old called Inesh.

Supporting any work that helps rhinos in the wild is important to me, and that’s one of the reasons I wanted to take on this challenge.

The challenge I’ve set myself is linked to my past holidays with my grandparents. From 22 May to 4 June, I’ll be walking the full length of the coast – 95 miles in total. The reason behind this incredible challenge is to raise awareness of my condition. Clubfoot isn’t a well-known condition as it is known as a ‘hidden’ disability. So, this is where my partnership with STEPS Charity Worldwide comes in. STEPS advises and supports people with lower limb conditions all over the world. I’m working with STEPS to create a national campaign to raise more awareness of clubfeet in adults. By using my story (I’m creating a documentary about my Jurassic walk), we can show the ups and downs of the condition.

Many adults today still either live with a clubfoot (Unilateral) or clubfeet (Bilateral) and with the condition being classed as hidden, many adults have difficulty finding financial support. For example, we cannot apply for blue badge status, which would help us to park in disability spots and reduce walking distance. Unfortunately, instead, we have to walk further, causing more pain and discomfort. My campaign with STEPS campaign aims to support their work by turning the term “hidden” to “physical”.

I know this challenge will be extremely tough, but naturally, I’m passionate about this work, and about saving rhinos. I want to raise awareness (and much-needed funding) for these two important causes.

What’s your most memorable experience with rhinos?

My most memorable experience with rhinos would be when I witnessed the birth (via a webcam) of Jambo the Southern white rhino, in West Midlands. After a few weeks of bonding with mum, Alisa, we could bring VIP guest tours down to the white rhino house, seeing the young rhinos up close. But, my dream was to see a baby rhino straight after birth. Luckily, when another of our rhinos, Kira, gave birth to Jumani, one of my colleagues very kindly let me see the little one. I do remember having a few tears, as this was one of my biggest dreams that came true.

What’s next from here? How can we follow you and how can people support and get involved?

My next step is the challenge itself! I’ll be completing the Jurassic Coast walk in the summer and then I’ll be organising a formal meeting with the UK Government’s Health Minister. The meeting will allow me to ask how we can help the thousands of adults living with clubfeet to gain more support. If people would like to support my journey, then they can donate to my fundraising page.

Of the money raised, 80% will go in aid of STEPS Charity Worldwide, and the remaining 20% will go to Save the Rhino International. You can find me on social media via the following links:

Inspired by Ryan? Find out how you can fundraise for rhinos.