You are here: Home » News » Well done to our rhino runners! 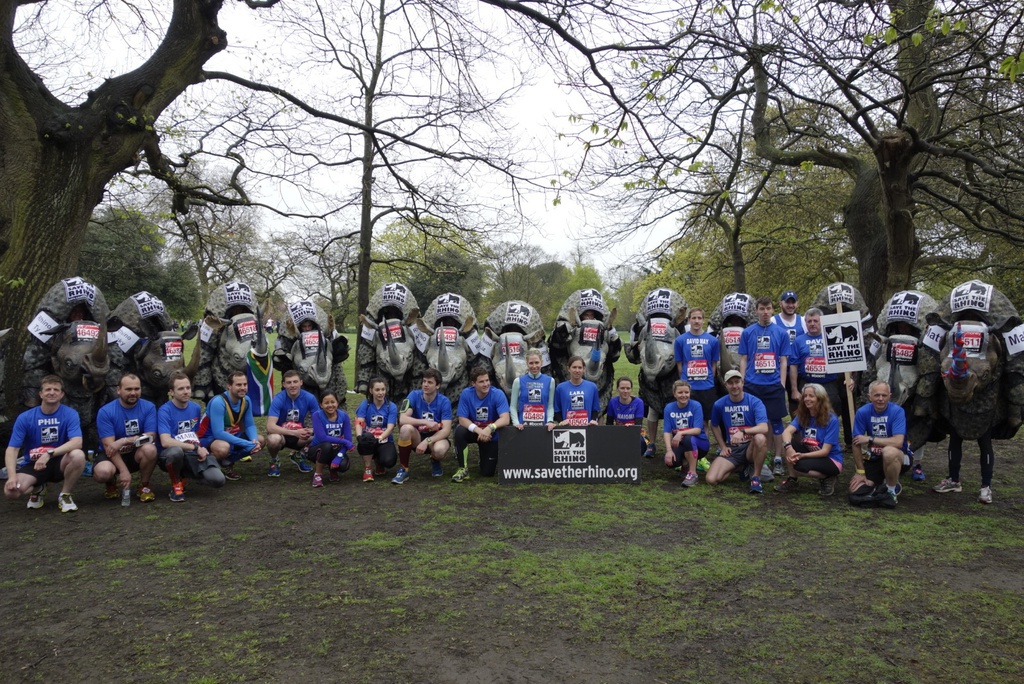 A huge thank you and congratulations to all 58 rhino runners who completed the infamous London Marathon on Sunday 26 April 2015!

The team enjoyed perfect running weather as they made their way around the course, which weaves around central London before finishing up in front of Buckingham Palace.

An extra congratulations must go to our incredible costume runners – 16 rhino heroes took on this legendary challenge, and enjoyed a day as a celebrity, as they were cheered on by crowds of thousands along the route.

The team have raised over £101,000 so far for rhino conservation. Show your appreciation and donate!

If you’re interested in running for rhinos in the 2016 Virgin Money London Marathon, the ballot for places opens on Monday 4 May and is open for four days. Read more about the ballot here. Ballot results should come out in October, when you can apply for one of Save the Rhino’s charity places if you were unsuccessful in the ballot. Email aron@savetherhino.org for more information.