You are here: Home » News » Save the Rhino International partners with Real Africa and their #RealRhinos campaign 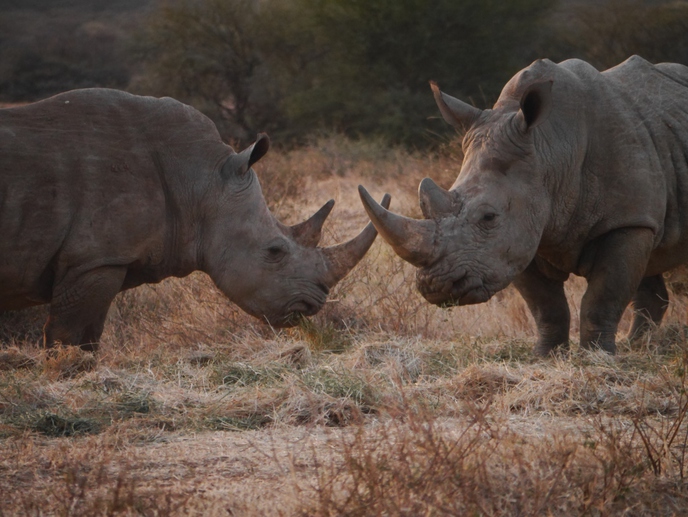 Photo credit : Save the Rhino International

Real Africa is delighted to announce its partnership with conservation charity Save the Rhino International (registered charity 1035072) and the launch of their #RealRhinos campaign to highlight the plight of rhino in the wild and raise vital funds towards rhino conservation.

Real Africa, a UK based independent safari specialist with conservation at the heart of its ethos, will be raising money for programmes supported by Save the Rhino, as well as raising awareness about the plight of rhinos in the wild by attending consumer shows and organising special fundraising events.

Real Africa presents ‘Close Encounters’ with Benedict Allen at London’s Royal Geographical Society, in aid of Save the Rhino, 2 November 2016

Real Africa will celebrate their 16th Anniversary with a fund-raising evening in aid of Save the Rhino. Special guest and Save the Rhino patron, Benedict Allen, author, TV presenter and explorer will deliver a talk about his ‘Close Encounters’ before a panel of rhino experts, including Save the Rhino Director, Cathy Dean and anti-poaching dog trainer, Darryl Pleasants from animalssavinganimals.org, share their own close encounters along with a look at the latest developments in rhino conservation.

Real Africa will be attending the Conde Nast Luxury Travel Fair at London’s Olympia West 3-6 November 2016, the Telegraph Travel Show at London ExCel 13-15 January 2017 and The Times presents London Destinations 2-5 February 2017. They will be distributing information about Save the Rhino, selling #RealRhinos raffle tickets and select merchandise in aid of the charity. Their safari experts will be on hand to discuss tailor-made safaris to sub-Saharan Africa and give advice on planning a safari and the most rewarding places to safari depending on personal interests.

#RealRhinos Raffle in aid of Save the Rhino

Tickets for the #RealRhinos Raffle can be purchased for £1 each. The first prize is a luxurious safari to Kenya and a first-hand experience of rhino conservation. The lucky winner and their guest will have the chance to join an exercise with one of the Dog Squads protecting the rhino of Lewa and Borana conservancies. The safari prize for two includes all flights and transfers and stays at two luxurious safari lodges – Borana on the private Borana Conservancy in beautiful Laikipia and The Emakoko which sits within Nairobi National Park and is known for its density of both rhino and lion. The raffle closes on 5 February 2017 and the winner will be drawn at random and announced in time for Valentine’s Day.

Real Africa via their Real World Store sell a range of merchandise in aid of their conservation charities, including T-shirts, premium coffee, cuddly rhinos and beautiful solid silver rhino pendants. Net profit is donated to their nominated charities, for example 25% from sales of the special Save the Rhino T-shirt is donated to the #RealRhinos campaign for Save the Rhino.

In addition, Real Africa donates to their nominated charity partners on behalf of every client travelling with them. They invite their clients to engage in conservation at a deeper level and to gain a first-hand insight into modern conservation in Africa by offering optional ‘conservation experiences’ as part of their safari holidays, these include walking with the Rhino Dog Squad at Kenya’s Lewa conservancy and visiting the last three Northern White Rhino in the world and the rangers protecting them at Ol Pejeta Conservancy.   On behalf of anyone booking a ‘rhino conservation experience’ the Real Africa Trust will make a £50 per person donation to Save the Rhino as part of their commitment to the #RealRhinos campaign.

Rhinos were once found throughout Eurasia and Africa but their numbers have dropped dramatically due to human activities. Three of the five species of rhino,black, Javan and Sumatran are critically endangered.

Habitat loss, political conflict and illegal poaching for rhino horn are the main threats to rhino. Poaching has increased in recent years, driven by the demand for rhino horn, prized as a status symbol and used in traditional Chinese medicine. In fact the rhino horn is little more than keratin, just like our hair and nails with absolutely no proven restorative qualities.

Save the Rhino International works to protect all five species of rhino through a great range of field programmes and education initiatives. These include support for anti-poaching squads, demand reduction campaigns and conservation activities.

Stay 3 nights, only pay for 2 at luxurious Borana Lodge, Laikipia Kenya on the not-for-profit Borana Conservancy – valid for year round stays excluding Christmas/New Year. Must book by 31 March 2017.