You are here: Home » News » The Running Rhinos 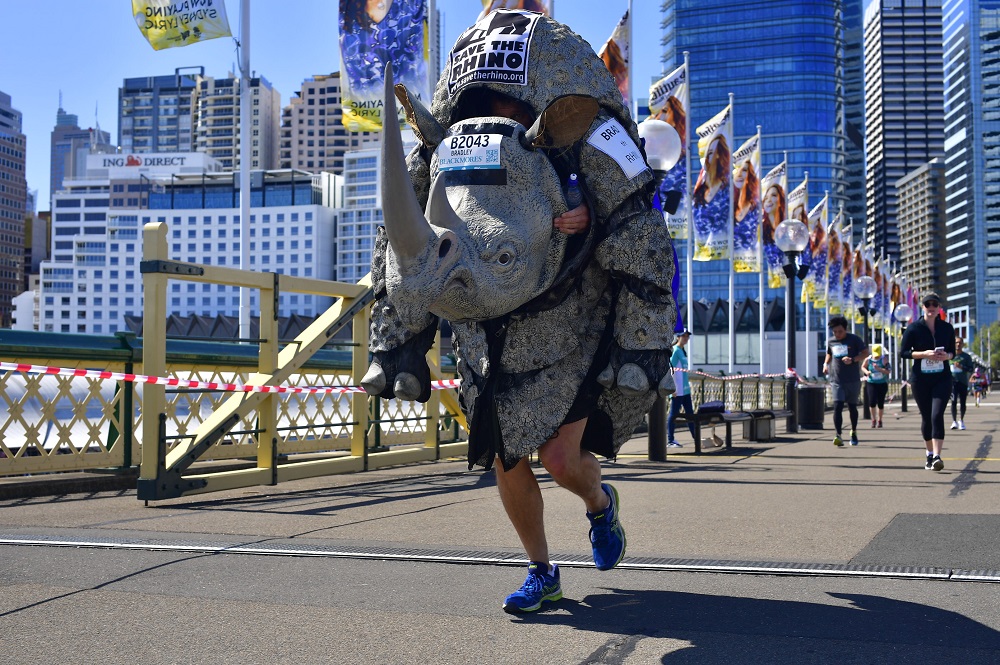 The Running Rhinos are community fundraisers with a difference. Consisting of two rhino costume runners and eight supporting runners. My friend Greg Canning and I have been tackling international running events all over the globe. We aim to educate and inspire people at the source of the poaching crisis in consumer countries, where rhino horn is bought.

Demand for illegal animal goods is causing the eradication of rhinos and many other endangered species. We could no longer fight this battle in silence. We are ready to give it our all, to raise money for rhino conservation.

Both working for Welgevonden Game Reserve. Myself as CEO and Greg as a researcher and volunteer coordinator. Therefore, this journey is not only physically and mentally challenging, but also extremely personal.

As Running Rhinos, we have represented Save the Rhino at running events since 2014. This includes the London Marathon in 2014 and 2015, the Great Wall of China Marathon in 2016 and the Sydney Marathon and South Africa’s Kaapsehoop Marathon in 2017.

We will run a marathon on every continent in our quest to spread awareness around the world. To educate as many people as possible and to raise funds for the plight of the worlds’ rhinos. After which, we will travel as and when we can to cities throughout the world to continue this awareness campaign.

All monies raised go via Save the Rhino to ensure that every cent raised goes to rhino conservation and not into the pockets of unscrupulous individuals.

The saying goes that… “Conservation without money is conversation.” – Dr. Anton Rupert

Please, people, keep supporting Save the Rhino International and the Running Rhinos in our joint venture to help save the world’s rhinos.

If you’d like to show your support to Brad, Greg and their support runners, they’d be very grateful. Visit their JustGiving page here.