You are here: Home » News » Running for Rangers team go “Beyond the Jungle” 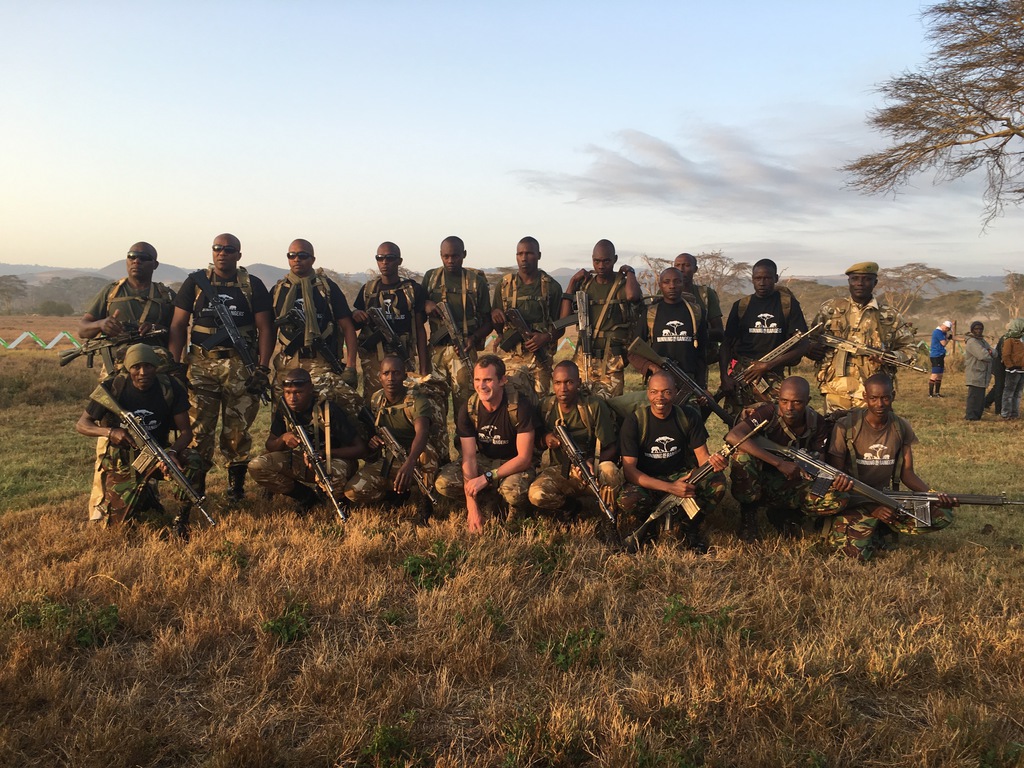 The inspirational Running for Rangers team has completed its latest endurance running feat, the “Beyond the Jungle” ultra-marathon in Peru – spanning an incredible 230km.

The gruelling race involves five marathons in five days, with runners starting at 10,500ft in the Andes, before heading down into the Amazon rainforest, where temperatures reach up to 40°C and humidity levels can rise to almost 100%. Seventy river crossings, demanding landscape and unpredictable weather conditions all make this self-supported foot-race one of the most demanding on earth.

The runners kept everyone at Rhino HQ in London up-to-date (and on the edge of our seats!) via Twitter and Facebook, and gained some great media coverage with a feature in UK broadsheet The Independent. Incredibly physically demanding, the team carried on through foot and leg injuries, extremely painful blisters, food poisoning and, in one case, a bout of concussion and fractured skull. Despite these challenges, everyone crossed the finish line. Team leaders Sam Taylor from Borana Conservancy and Pete Newland from Lewa Wildlife Conservancy says:

“We are in awe of our team of runners. 62 people started the race, only 20 people finished in 5 days and of that 20 people, 10 were our‪ #‎RunningForRangers team. They all crossed the line after a brutal day which took some 19 and a half hours to complete. Sheer determination, team spirit and the knowledge that all of you and many others were there behind them willing them on is what got them across that finish line.”

Running for Rangers was founded by employees from security training company 51 Degrees, and communications solutions provider Kinetic Six. Both organisations work closely with conservancies across Kenya supporting anti-poaching rangers, and see the impact of the current poaching crisis first-hand. The team have jointly raised funds for Save the Rhino International, Space for Giants, and Tusk since 2015, with all their efforts supporting the training and welfare of East African rangers and their families.

Park rangers often cover in excess of 30 kilometres, on foot, each day. The terrain is tough and temperatures extreme. Basics like gloves and boots wear out, and there is also a need to provide camps with clean running water and toilets, as well as arms to protect themselves against the high-calibre weapons used by increasingly militarised poachers.

On their VirginMoneyGiving page, the fundraisers explain: “Despite increases in technology like drones and tracking chips, the most important part of protecting wildlife is still trusted boots on the ground” – people who are prepared, quite literally, to put their lives on the line to protect rhino populations.

Since 2003, over 1,000 rangers have died in the line of duty. As poaching syndicates become ever more organised and equipped with arms and technology, the costs involved in training rangers and supplying equipment needed is escalating. When rangers run out of supplies, or have to make do with worn boots, that is when disillusionment and low morale can set in.

The Running for Rangers team want to ensure that every ranger benefits from the same quality of training and equipment, and that if injury – or worse – happens on duty, their families will be supported..

If you’d like to support their fantastic work, you can donate here.

PS: Save the Rhino’s Director Cathy Dean has previously run the Marathon des Sables and Atacama Crossing, so knows just how hard these ultra-marathons are. However, she set a slightly different challenge for one of the Running for Rangers team members, Jamie Gaymer, who is Warden at Ol Jogi in Laikipia, Kenya. The challenge was for Jamie to remain silent (without the use of gaffer tape) for an hour in the bar during the 2016 African Rhino Specialist Group meeting. Much to everyone’s surprise, Jamie successfully kept quiet and Cathy duly donated £500 to Running for Rangers.