You are here: Home » News » Rhinos inspire the art world 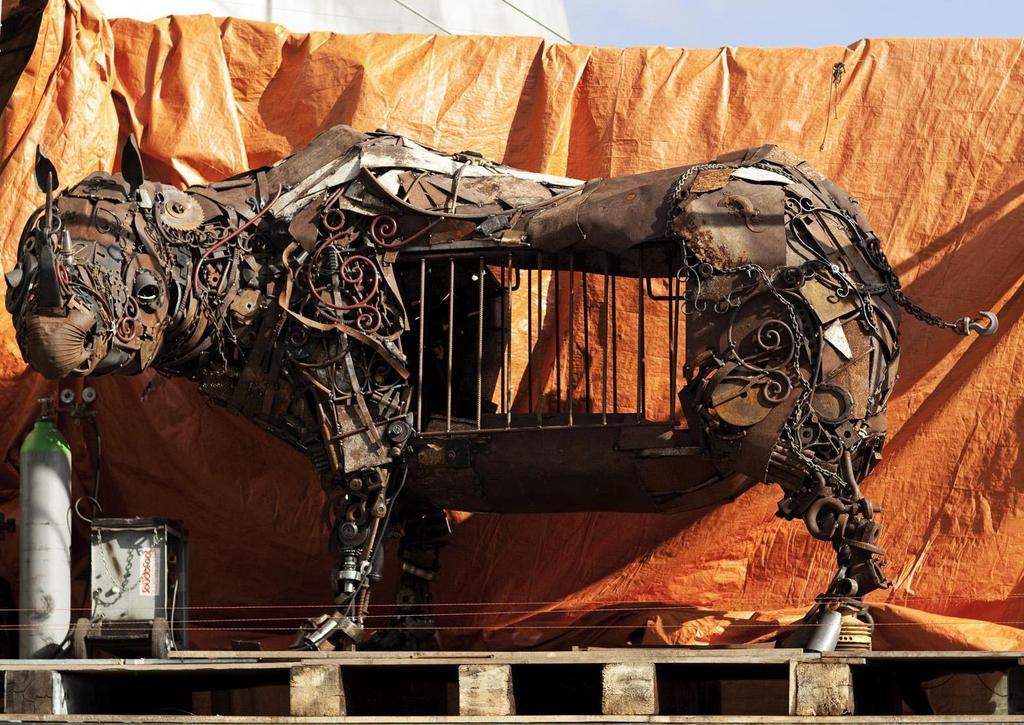 Nature has famously inspired artists in many ways throughout the centuries but now it is inspiring them in a new way, to take action to help protect its very survival. This month three renowned artists have been so inspired by the mystic of the rhino and its plight that they are generously donating part of the sales of their art to saving the animal that has inspired them.

Michelle Benjamin is a digital artist from South Africa where the rhino poaching crisis is at its worst. Michelle is passionate about protecting these magnificent creatures and has created several pieces of artworks depicting the rhino to inform people of the plight of this magnificent creature including the Blue Rhino, see below.  For more information on this the blue rhino click here .

“My artworks about the Rhino are to inform people of the plight of the Rhino population in Africa at this time. And through this awareness, my intention for the art enthusiast is also to celebrate this magnificent beast. My artwork “Blue Rhino” was created to make people aware and ultimately help in the fight to preserve the remaining Rhino population in the world.”
Michelle Benjamin

Michelle is not only spreading the wonder of these majestic animals to new audiences but is also donating proceeds from the sale of this piece to SRI.

An art company from Switzerland has produced an awe-inspiring life-size rhino made from scrap metal, see the main article image, which will be on exhibition between 11-13th  May 2012 in Basel, Switzerland. Cicolupo are very generously donating 25% of the sale to SRI.

In addition, one of a series of six bronze rhinos, produced by the artist Joel Lobsiger Vargas, see below, is also going on sale, with 10% of the profits as a donation to SRI.

For more information on the sale please email info@cicolupo.com.

These artists are not only raising vital funds to help protect the rhino but are also inspiring new audiences and raising awareness about their plight for survival.