You are here: Home » News » Century 21 charges ahead with rhino campaign 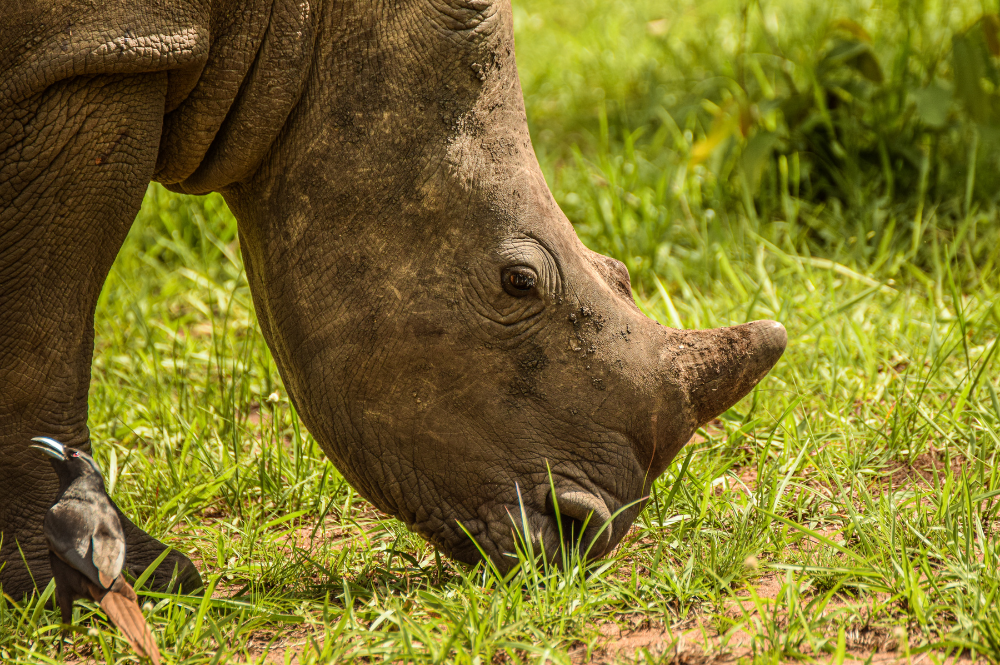 Rhinos matter. They play a crucial role in ecosystems, shape the land they roam through, and support thousands of tourism jobs with their iconic Big Five status. To ensure future generations enjoy the presence of these majestic creatures, Century 21 South Africa joined forces with us in March 2020 to do their part in creating a world where people and rhinos can thrive.

“We chose to partner with Save the Rhino International to make a difference in the world and to wildlife. We aimed to support rhinos because, even though they have tough skin and a horn, they are still very vulnerable to poaching, drought, and habitat loss,” says Century 21 South Africa’s National Marketing Manager, Dylan Prentis.

Our Partnerships Manager, Michaela Butorova, says: “With increasing human population, climate change, and substantial degradation of three-quarters of the Earth’s land surface, we need to inspire more people to join our mission. Our partnership with Century 21 South Africa has been vital. It enables us to make a positive impact for rhinos, their habitat, and our shared home on this planet.”

To aid rhino conservation, Century 21 South Africa is donating €10,000 to Save the Rhino International and will be releasing a video of the donation handover on their social media platforms in April to encourage further support.

The funding will be crucial to support our efforts. It will be used to counter the threats of poaching and habitat loss, directed to the people and places delivering the greatest change for rhinos. Whether it’s to purchase a kit for rangers or to tackle illegal wildlife markets, this donation is contributing to the protection of all five rhino species.

Beyond the funding, the campaign is also raising awareness. Century 21 South Africa has ensured rhino poaching remains at the forefront of its mission by promoting the campaign on its blog, social media platforms, and amongst its agents, franchisees, and clients.

“We have had a very good response from our agents,” says Prentis. “They have embraced the campaign and have taken it upon themselves to do their bit in saving the rhino; some agents have run rhino conservation awareness initiatives in their areas while others have gone as far as to buy rhino statues and are using them in their offices to remind themselves and their clients of the good we are trying to do.”

Their energy to raise funds and support one of South Africa’s most iconic animals has been relentless. Despite the impact of the global pandemic, our partnership has engaged thousands of people across South Africa with the important message of protecting rhinos.

We’re delighted that our partnership with Century 21 South Africa is extending for another five years. Collaboration is at the heart of our work, and like all good projects, teamwork makes a huge difference.

Together, we can continue to drive poaching down to zero and bring rhinos back from the edge of extinction. Thank you so much Century 21 South Africa!