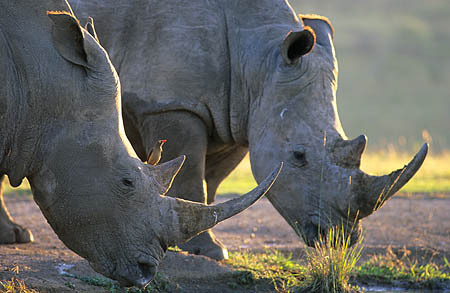 ISLE OF MAN – Microgaming, through its PlayItForward initiative, has donated £30,000 between four global charities.

Gift of Giving provides Microgaming’s customers the opportunity to vote for one of several charities in their region. In lieu of Christmas gifts, £30,000 is split equally between four global regions: Isle of Man, UK and Europe, Africa and Rest of the World.

The vote in December 2016 was Microgaming’s fourth annual Gift of Giving campaign. The charities that received the highest number of votes in each region were Women’s Refuge (Isle of Man), Teenage Cancer Trust (UK and Europe), Save the Rhino (Africa) and Médecins Sans Frontières (Rest of the World).

Women’s Refuge Isle of Man is a Manx-registered charity that has been supporting women and children who are suffering or have suffered from abuse of any kind, by offering secure temporary accommodation. The 20-year-old charity is predominantly run by unpaid committee members and volunteers.

Thelma Lomax from the Women’s Refuge, comments: “The cost of running our charity is expensive, so we are absolutely over the moon to receive £7,500 from Microgaming. In 2016 alone we took 512 calls from local people wanting help or advice, making a refuge on-island an absolute necessity. The donation from Microgaming will ensure we can continue to offer our vital services to the community.”

With around seven young people aged between 13 and 24 being diagnosed with cancer every day in the UK, the Teenage Cancer Trust is a dedicated charity, providing life-changing care and support to these young people.

“We were so excited to receive the call from Claire at Microgaming that we had won the UK and Europe customer vote as part of the Gift of Giving campaign – it’s a fantastic start to the New Year,” says Sabina Ruta, Regional Fundraiser for Teenage Cancer Trust. “Teenage Cancer Trust believes a young person’s life shouldn’t stop just because they have cancer; they should be young people first and cancer patients second. We have come so far in our mission to help young people across the UK, however, there’s still much more to do. Right now, for every person we help, there is another we can’t, but by 2020 we aim to reach every young person in the UK with cancer. We are so grateful for the support from Microgaming and everyone that voted.”

Winning for the second year in a row for the Africa region, Save the Rhino International, collaborates with partners to support rhinos in Africa and Asia. The focus of the charity is to conserve viable populations of rhinos in the wild for future generations.

Josephine Gibson, Partnership Development Manager at Save the Rhino, comments: “We are thrilled to be part of Microgaming’s Gift of Giving campaign and delighted to have won in the Africa region category for the second year running. We would like to thank everyone who voted for Save the Rhino International and to Microgaming for making a generous donation of £7,500 to protect rhinos. The number of African rhinos illegally killed by poachers has increased for the sixth year in a row with at least 1,338 rhinos poached across Africa in 2015. Despite the challenges, we are also seeing progress in countries such as Kenya where poaching has declined over the last two years and we collaborate with our programme partners to help equip them with the skills, knowledge and funding to tackle the poaching crisis. Save the Rhino International’s vision is for all five rhino species to thrive in the wild for future generations and we really value the long-term support from Microgaming.”

Having won the vote back in 2014, Médecins Sans Frontières (MSF), is an international, independent, medical humanitarian organisation that delivers emergency aid to people affected by armed conflict, epidemics, natural disasters and exclusion from healthcare. The charity was founded in France in 1971, and now works in some 69 countries worldwide.

“We are absolutely delighted to be given a gift of £7,500 from Microgaming,” says Stephen Legg, Major Gifts Manager, MSF UK. “This support couldn’t come at a more crucial time for MSF, as our medical staff around the world face unprecedented challenges. From responding to the global refugee crisis, to providing emergency medical care in places like South Sudan, northern Nigeria and Syria, this gift is of such huge value to our staff and patients in the field. A donation of this magnitude will undoubtedly help our doctors and nurses, working in over 60 countries around the world, to save lives. Thank you so much!”

Claire Coleman, Head of Microgaming PlayItForward, comments: “Our Gift of Giving programme has now completed its fourth year, and I never tire of picking up the phone to tell the four winning charities they are receiving a donation. A big thanks to all our customers for taking the time to vote; together we are making a difference.”