You are here: Home » News » hornï – underwear helping to save the rhino! 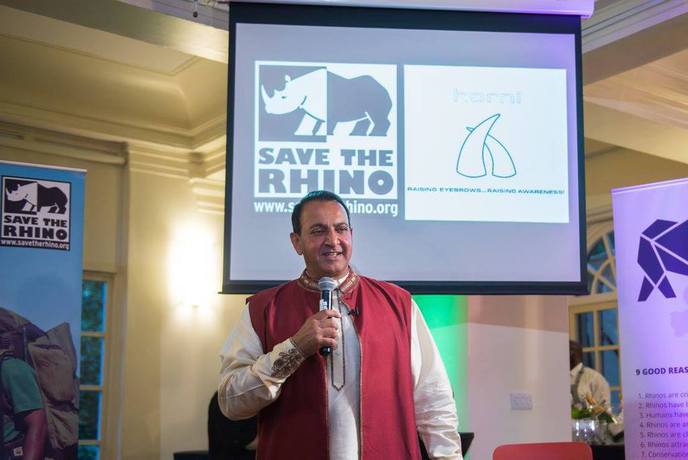 Yes, it’s a cheeky name… and we tell people, not to give the rhino a bum deal. Actually, there are endless fun (and cheesy) lines you could use. With a name like hornï how could you forget us?! Especially as hornï is basically an anagram of rhino… and that’s what it’s all about – doing some good for rhino conservation through ethically and responsibly made superior-quality clothing. We aim to provide not only real value for customers but also the ability to make a difference through their purchasing power.

The world is finally waking up to the idea that what we buy, why we buy it, how it’s made, and what companies do with their profits, are all really important questions to answer if we are to live in a sustainable world. The information age has finally delivered some degree of accountability, allowing us to know and question what is going on and, as a result, make smarter choices.

It’s crazy that we live in the 21st Century and yet there are people who still believe that rhino horn has medicinal or special properties.

Let’s get the facts straight:

That’s especially important as we depend on close partnerships with reputable, international organisations to whom we donate at least 10% of our pre-tax profits to help them in their amazing conservation efforts. They are, after all, the experts in saving rhinos. We are proud that, since launching in April 2017, we’ve partnered with Save the Rhino International and witnessed how hard they work to make a difference. A big, warm thank you to the Save the Rhino team!

Josephine Gibson, Save the Rhino’s Partnership Development Manager, says: “We are thrilled to have partnered with hornï underwear, and are truly delighted to see the amazing dedication of Riz and Reema, hornï’s Founder and Managing Director, to help us make a difference to rhinos in the wild. By donating a fantastic $20,000 in 2017 from the sale of their products, hornï underwear and their customers are really making a stand for rhino conservation, helping all five rhino species thrive in the wild”.

“Here at Save the Rhino we know what works when it comes to saving rhinos. But raising funds for rhinos is no easy task. It takes a pretty rare breed of donor to pay for the essential items that are needed most – boots, or tents, or fuel; all vital components in the kind of practical rhino conservation projects that we like to support”, explains Michaela Butorova, Save the Rhino’s Fundraising Officer.

“Hornï underwear’s support for our core funds really gives us flexibility to respond where the need is greatest. In the past year, we provided vital funding and expertise to 25 field programmes across 12 countries. And we know that none of this would be possible without the support of our dedicated partners like hornï underwear, and we’d like to say a huge thank you on behalf of all of us here at Save the Rhino HQ, and all our partners in the field across Africa and Asia!”

We at team hornï would also like to offer Save the Rhino and its supporters and fans a special discount as we approach the festive and gift-giving Christmas season.

Just go to our website www.horniunderwear.com and enter the CODE: SRI2017 when you get to the on-line checkout in order to save 25% of all your purchases. (Valid until 18th December 2017).

So, returning to the endless cheesy lines… go ahead – get hornï today!