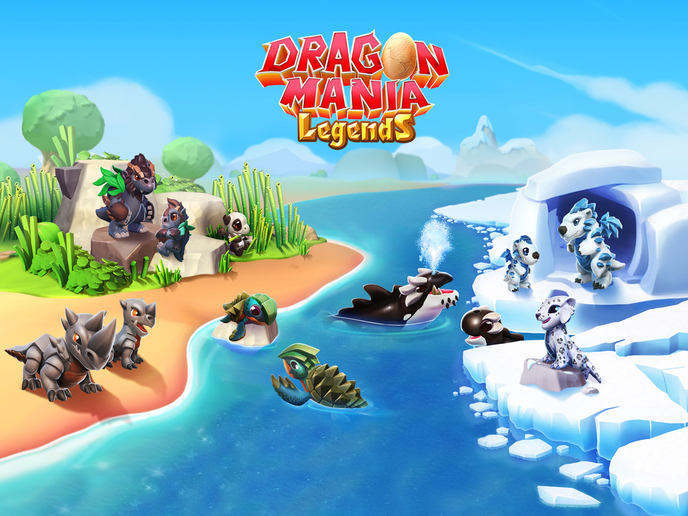 €25,000 will be donated to an animal charity in an event that will involve top YouTube stars from around the globe

Paris, June 16, 2016 – Gameloft, a leading global publisher of digital and social games, announced today a global charity event for their hit game, Dragon Mania Legends®. At the end of the event, €25,000 will be donated to help protect threatened and endangered animals.

From June 16th through June 23rd, seven YouTube superstars and influencers, including Callux, GlitterForever17 and Julienco, will be supporting animal charities represented in the game by seven animal themed dragons added to the Dragon Mania Legends® game in the latest release:

The YouTubers will post a video on their own channels announcing their participation, and will be competing with each other to collect the most Golden Paws pledged to them by the players inside the game. The one with the highest number of Golden Paws will win the event and Gameloft will donate €25,000 to the charity that the winner supported.

“We’re really excited about this event”, says Gonzague De Vallois, Gameloft’s Senior Vice President of Publishing. “Mobile gaming offers great opportunities for activities like this – we can integrate the event into the game and donate money and raise awareness for great causes, while also enhancing the player experience”.

A leading digital and social game publisher, Gameloft® has established itself as one of the top innovators in its field since 2000. Gameloft creates games for all digital platforms and with an audience of 157 million monthly users offers via Gameloft Advertising Solutions a unique level of visibility and involvement to advertisers. Gameloft operates its own established franchises such as Asphalt®, Order & Chaos, Modern Combat and Dungeon Hunter and also partners with major rights holders including Universal, Illumination Entertainment, Disney®, Marvel®, Hasbro®, Fox Digital Entertainment, Mattel® and Ferrari®. Gameloft distributes its games in over 100 countries and employs 6,000 people worldwide.

All trademarks referenced above are owned by their respective trademark owners.