You are here: Home » News » Christmas donation from Animal Friends 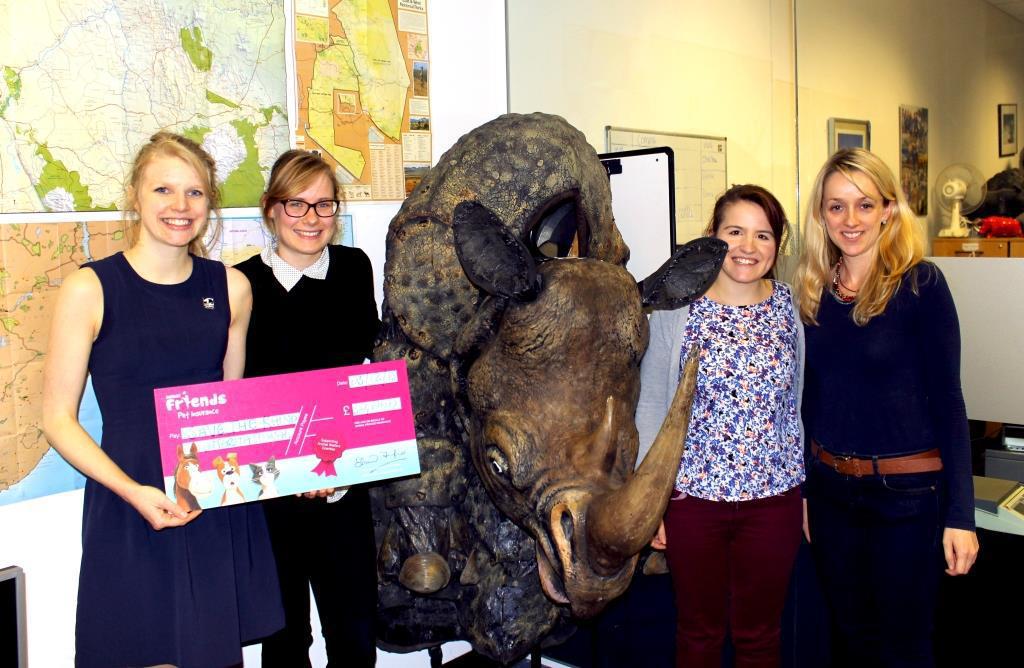 We’d like to say a huge thank you to Animal Friends Pet Insurance for their recent generous donation of £10,000 to Save the Rhino International.

Staff at the Save the Rhino office in London received an incredible pre-Christmas surprise this December when the Animal Friends team presented a £10,000 cheque during a meeting. Watch their reactions in the video below!

Animal Friends’ donation will support Save the Rhino’s global rhino conservation efforts to protect all five rhino species in Africa and Asia. Rhinos are currently facing the worst crisis in history, with one rhino poached every eight hours in South Africa alone. Animal Friend’s donation will help Save the Rhino tackle the poaching crisis by supporting anti-poaching units in the field, providing veterinary treatment to injured rhinos, raising awareness through community conservation and environmental education schemes as well as supporting initiatives to reduce the demand for rhino horn in Vietnam; a major rhino horn consumer country.

This year, Animal Friends have also donated £1,000 to our Rhino Dog Squad appeal, providing equipment and training to canine units and Kenya, and a further £5,000 after Save the Rhino won second place in a Facebook competition.

2015 is sadly the year when overall rhino population figures are expected to go into decline, meaning Animal Friends’ donation comes at a crucial time in the fight to protect the world’s endangered rhinos.