You are here: Home » News » Braaing and cycling for rhinos! 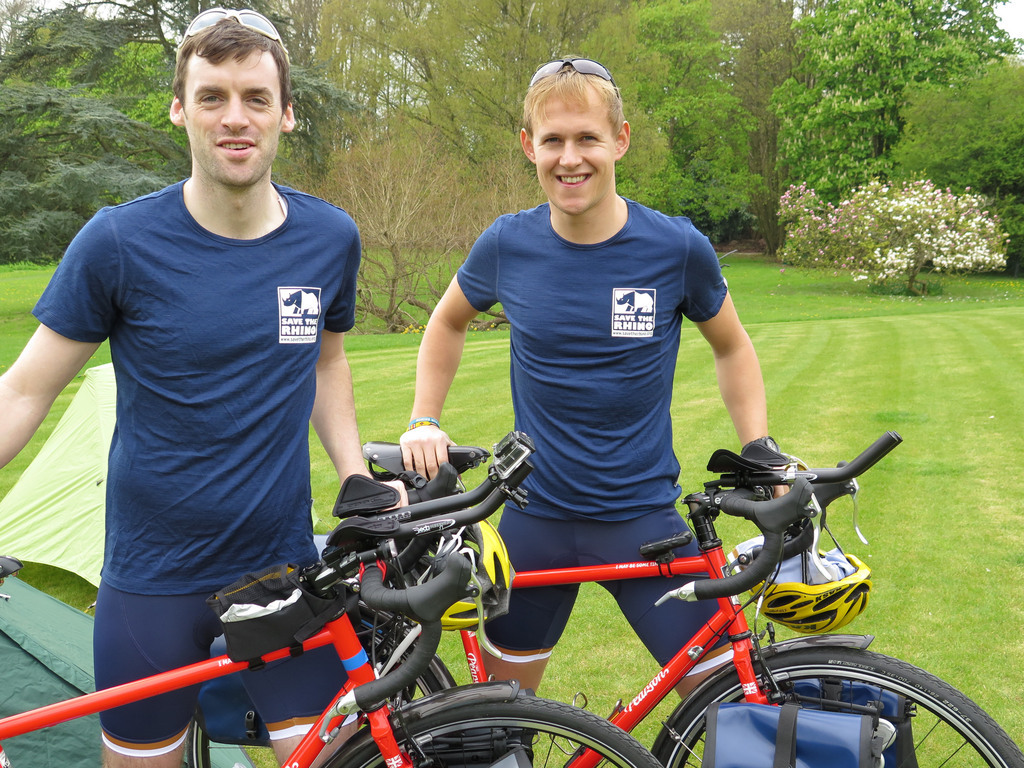 We would like to extend a huge thank you to some of our recent rhino fundraising stars!

In May, Mat Hartley completed his impressive year-long challenge of holding a braai (South African BBQ) for 365 days straight! Come rain or shine the South African expat braaied through the UK winter to raise funds for rhinos. Along with the more traditional steak and ribs, Mat cooked an unusual variety of recipes on his open fire, including pizza and birthday cake!

To celebrate his 365th braai, Mat held a sell-out final braai event in London, cooking for over 300 people and raising £3,000. So far Mat has nearly raised an incredible £7,000 and is continuing to support SRI through his website http://www.braai365.com/ Thank you Mat!

Thank you to Johan du Plessis and Will Frazer who are ‘riding for rhinos’ in an epic seven month round-the-world cycling challenge across the Northern hemisphere. Starting in London in April, Will and Johan have now covered Europe and are in Azerbaijan!  As well as raising vital funds for Save the Rhino, Will and Johan hope to raise awareness in the Asian countries they cycle through, of the damaging impact that using rhino horn on the world’s rhino populations. The duo have nearly raised £12,000 of their £20,000 target so far. You can follow their progress on their regularly updated online blog http://ridingforrhinos.org/

Thanks also to Ivan de Klee who has just completed his impressive 10,000km cycle ride from Cape Town, South Africa, to Nairobi, Kenya, covering the distance in just 90 days. Ivan has raised over £8,500 for Save the Rhino and is also fundraising for the conservation charity TerraMar Project. You can read more about Ivan’s challenge online  http://www.racingtheswift.com/

Feeling inspired? If you would like to take on a fundraising challenge for Save the Rhino, please get in touch with laura@savetherhino.org