You are here: Home » News » Run for Rhino Vietnam 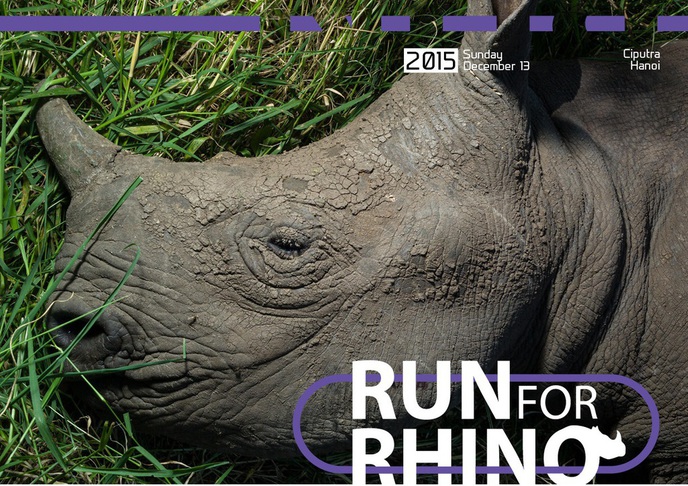 Save the Rhino has partnered with Education for Nature Vietnam to support this year’s Red River Runners 9th annual Song Hong Half Marathon on Sunday 13 December in Hanoi, Vietnam.

This year’s marathon which includes 5km, 10km and 21km races is themed ‘Run for Rhinos’ aimed at bringing attention to the crisis facing the world’s rhinos resulting from the senseless killing of rhinos for their horns, used in traditional medicine and as a status symbol in Vietnam and China.

This is the third time that Save the Rhino’s programme partner, Education for Nature Vietnam has joined the Red River Runners to promote rhino protection. This year’s focus will be on urging the Vietnamese public not to consume rhino horn and show their support by participating in the race.

Last year, more than 400 people participated in the race, and it is hoped that many more will sign-up this year. The race is open to all, and both teams and individuals are encouraged to enter. Many companies and embassy staff have pledged their involvement in the race to support the rhino cause.

Save the Rhino has a great history of its supporters running marathons and doing extreme challenges across the world to raise awareness of the threats facing rhinos whilst raising money to help protect them. It is therefore fantastic to see runners from within Vietnam showing their support and solidarity for curbing the demand for horn and stopping rhinos being poached to extinction. We are really pleased to be supporting ENV on this great event.

The proceeds of the marathon will help support rhino protection efforts in Vietnam. For more information and to sign-up, visit the Education for Nature Vietnam website.