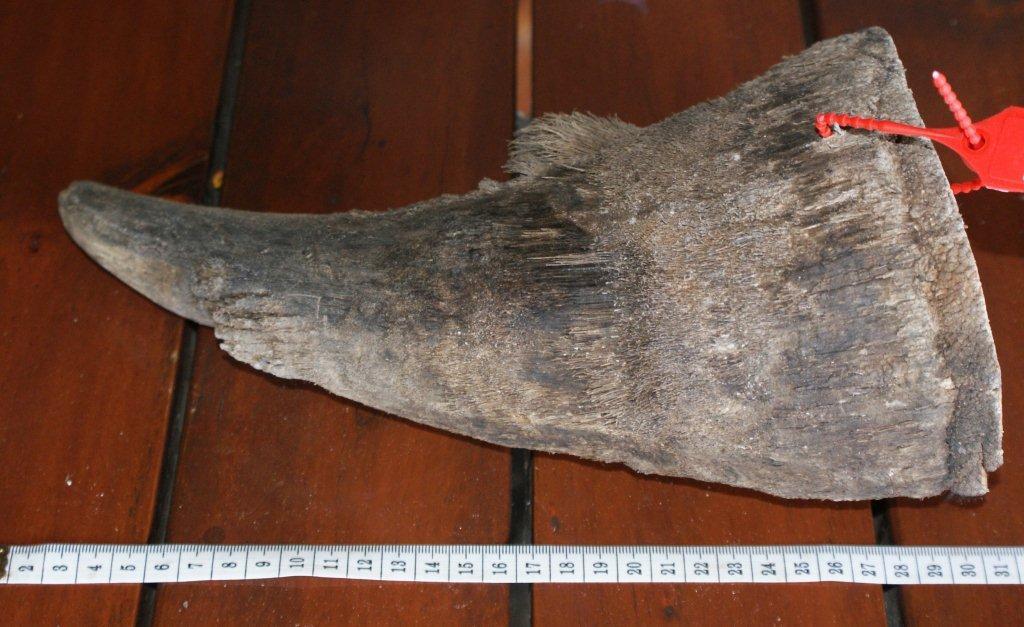 The first man was arrested at Bangkok airport in Thailand, with six pieces of rhino horn in his luggage, weighing around 16.6kg in total. According to the AFP the suspect was detained after arriving in Thailand from a flight from Eithiopia, while waiting to transfer onwards to Hanoi, Vietnam.

On the same day, a second man was arrested at Ho Chi Minh City’s Tan Son Nhat International Airport. He also had six rhino horns in his possession, weighing around 10.6kg in total. The horns were wrapped in silver wrapping and hidden in clothes amongst his luggage.