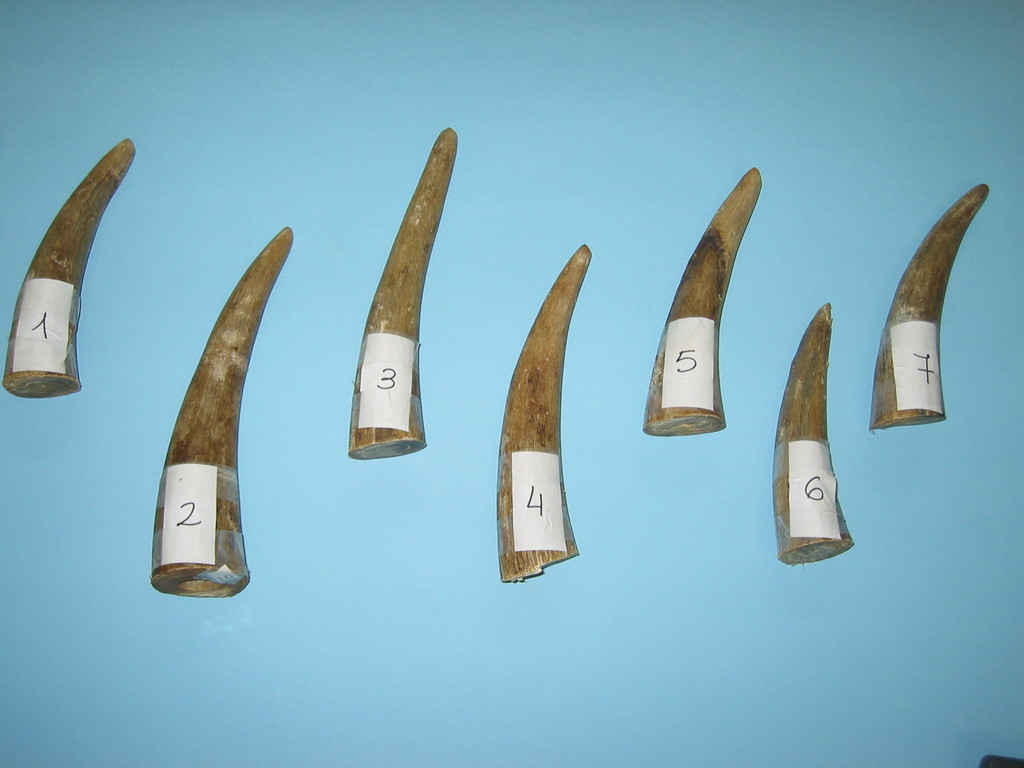 A new interactive map shows the extent of Chinese and Vietnamese involvement in the illegal trafficking and trade of rhino horn, with 54% of all rhino horn seizures worldwide involving citizens from the two countries, and arrests made as far afield as in the USA, Qatar and the Czech Republic. Published by the Environmental Investigation Agency to mark the UN’s World Environment Day and encourage countries to tighten law enforcement efforts, the interactive map shows key patterns in the rhino horn black market over the last decade.

Featuring publicly available data collected between 2006-2016, the digital map sheds light on the extent of the rhino horn trade since the current poaching crisis began, the individuals and criminal syndicates involved, and the transnational trading routes used to smuggle horn across multiple continents into the hands of consumers. The online resource shows how rapidly the illegal rhino horn trade has grown over the last ten years, with traffickers continually expanding into new countries, leading to potentially catastrophic outcomes for all five rhino species in the wild.

The digital map pinpoints incidents of rhino horn seizures by authorities and thefts of horns from museums, private collections or stockpiles. It includes the nationalities of those involved and catalogues reported convictions. However, as the map only visualises rhino horn thefts and seizures that have been reported in the media, not all illegal activities intercepted (but not reported) will have been included, and only a fraction of the poaching incidents (over 6,000 rhinos killed since 2008) are represented.

Nonetheless, the rhino horn map throws up some thought-provoking statistics. By using the time-lapse animation function, viewers can see the trade develop in size throughout the decade. As expected, China emerges first as a centre of rhino horn seizures, with Vietnam following soon after.

China and Vietnam are not just destination states for rhino horn. According to the EIA’s data, citizens from China and Vietnam also play a key role in the transnational trade. As much as 30% of worldwide rhino horn seizures have involved Chinese traffickers, with Vietnamese criminals responsible for a further 24%.

Alarmingly, reported conviction rates for these seizures are very low, especially in Kenya, India, and Vietnam.

In recent years, China and Vietnam have often been cited as the two largest markets for rhino horn. Reliable data to evidence this claim, however, have been limited until the publication of this map and the analysis it allows. Anecdotal evidence has pointed to a shift in Vietnamese society in particular: since 2008 the country’s economy has boomed, with a growing business elite fuelling demand for rhino horn as a luxury product and status symbol. The EIA’s data – depicting escalating market growth for rhino horn and Vietnamese traffickers working in Africa and beyond – certainly adds weight to this argument.

Some data is perhaps more surprising. Thefts within the EU have also risen, with 261 rhino horns stolen from private owners. Several clusters – especially between 2010-12 – have been linked to European criminal networks. This includes a string of high-profile museum and auction house thefts across the UK, which resulted in convictions of the so-called “Rathkeale Rovers” gang in 2016.

The question of cooperation

In September, the Convention on International Trade in Endangered Species (CITES) will hold its Conference of Parties 17, and the future of all five rhino species – and international cooperation amongst member states – will be a hot topic for discussion. There is no silver bullet for the illegal wildlife trade. Conservation efforts on the ground, breeding programmes, ranger training and equipment all play vital roles, but this work is continually threatened by consumer demand and poor law enforcement in the user countries.

Save the Rhino International’s Deputy Director, Susie Offord, says: “Tackling the trade in rhino horn requires a concerted effort from CITES members to cooperate and commit to tougher regulation and sentencing for criminals involved in the trade, as well as a commitment to tackling the trade at its source – the consumer – through education and awareness programmes.”