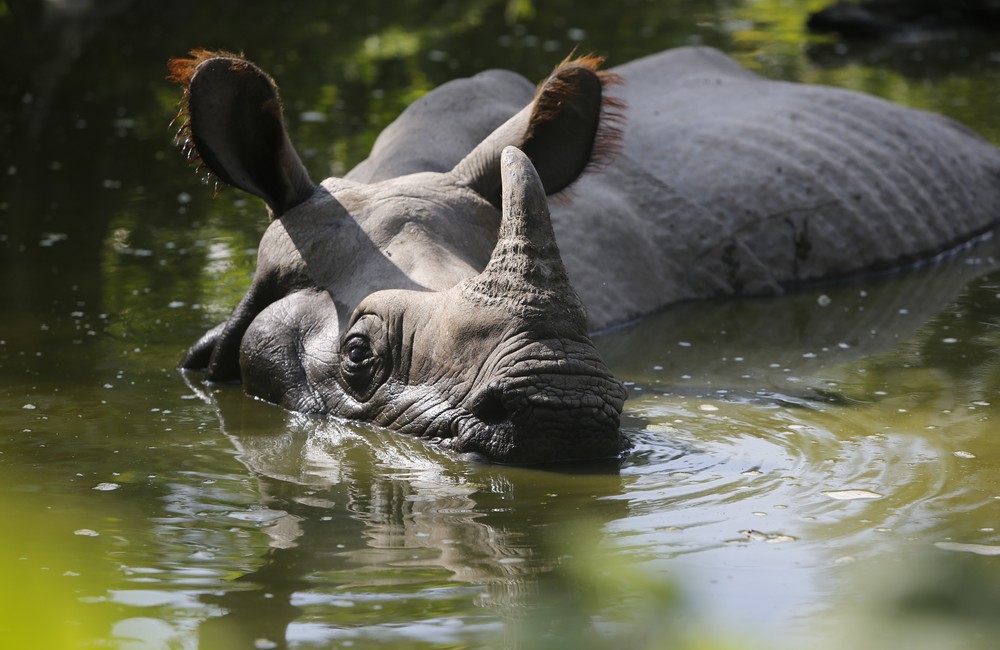 Summer may conjure up thoughts of beaches, BBQs, ice cream and fun in the sun (when it does shine in the UK!). However, in Assam, in northeast India, summer brings entirely different conditions: the monsoon.

What is the monsoon?

In the Indian sub-continent, summer starts with baking hot weather. The sun beats down on the land, heating it up quickly. The air above heats up and rises, creating a deep area of low pressure. This drags in cool air, laden with moisture, from the Indian Ocean like a vacuum. Monsoon winds are followed by biblical downpours, and the vacuum effect is so strong that the rains start in the southwest of India and spread across to the northeast of the country, more than 1,500 miles away.

Here, the monsoon reaches Assam. With the Himalayas rising to the north, the monsoon slows down as the mountains force it upwards, meaning that Assam and the rest of the northeast receive the most rain.

Kaziranga National Park, home to the largest population of Greater one-horned rhinos (Rhinoceros unicornis) in the world, sits on the southern banks of the mighty Brahmaputra River, which runs through Assam. In mid-July, a month after the first rains fell in Assam this year, the river burst its banks, inundating land on either side of its vast width. At the flood’s peak, as much as 95% of Kaziranga was underwater (up to a depth of 4.5 m), causing massive disturbance to the wildlife that calls the park home.

How does the monsoon impact Kaziranga?

By 1 August 2019, 91 people lost their lives and more than 3 million were displaced or otherwise affected by the flooding in Assam alone. Additionally, 220 large animals have died in Kaziranga as a result of the floods, including:
• 146 hog deer
• 13 sambar deer
• 20 wild boars
• 1 elephant
• 21 Greater one-horned rhinos (including 16 calves)

Whilst the flood sounds disastrous for people and wildlife alike, this annual phenomenon plays an important role in maintaining the balance of the local ecosystem. Firstly, when the river floods, rich alluvial soil is deposited on the grasslands surrounding the river. This adds vital nutrients to the land and, once the floodwaters have receded, will allow the grasses to flourish. Fresh growth benefits the Park’s large populations of herbivores, like rhinos and deer, by providing a renewed, plentiful food source. In turn, animals higher up the food chain, such as tigers, benefit too.

The flood also prevents the grasslands from becoming woodland. Without the floods, the grasslands would, over time, naturally convert to woods. This would be disastrous for the rhinos and many other species relying on this important grassland habitat.

Monsoon waters also tackle a newer threat facing the park. In recent years, the Park has had to deal with the spread of the invasive water hyacinth. This plant (originally from South America) outcompetes native flora, including the natural food plants of rhinos and other species, and clogs waterways, threatening the ecology of the Park. During the monsoon, the floods wash away the water hyacinth, giving native plants a chance to recolonise Kaziranga.

Another interesting effect of the floods is on animal populations as a whole. The animals that have died during the monsoon tend to be the weakest; those that are old, young, ill or injured. The floods are a mediator of natural selection: the strongest, fittest animals tend to survive. These animals can then continue to breed and produce the next generation, passing on the genes that made them so successful, meaning that future generations will be better adapted to cope with the floods.

Focusing on rhinos, although it is always incredibly sad to hear of rhinos dying, the number lost represents less than 1% of Kaziranga’s total population of Greater one-horned rhinos (yet this is more than the number of Assam’s total rhinos lost to poaching in a year (in 2017, only nine rhinos were killed by poachers in Assam State). However, this loss is unlikely to have a large negative impact on the population or its future growth, and Kaziranga will retain its status as the home of the largest population of Greater one-horned rhinos in the world.

However, whilst the floods are a natural, annual occurrence in Assam, their impacts on rhinos and wildlife can be exacerbated by human development. As roads, shops, restaurants and hotels have been built around Kaziranga, this has impacted the movement of wildlife, blocking their passage to higher land, where they would naturally retreat during floods. To try and redress the balance, conservationists in the Park have constructed artificial highlands to act as refuges for animals fleeing the rising waters. Some of the Park’s rhinos have been seen using these highlands, showing their importance as an alternative to natural refuge areas.

In some hopeful news, 72 animals have been rescued from the floodwaters, including five rhinos. They have received expert care, and many have already been released, giving them a second chance to thrive in the Park.

The rainy season will continue until October, but for now, the floodwaters have started to recede in Kaziranga National Park, taking the pressure off both the wildlife and people that call the area home.