You are here: Home » News » The threat of drought on rhinos 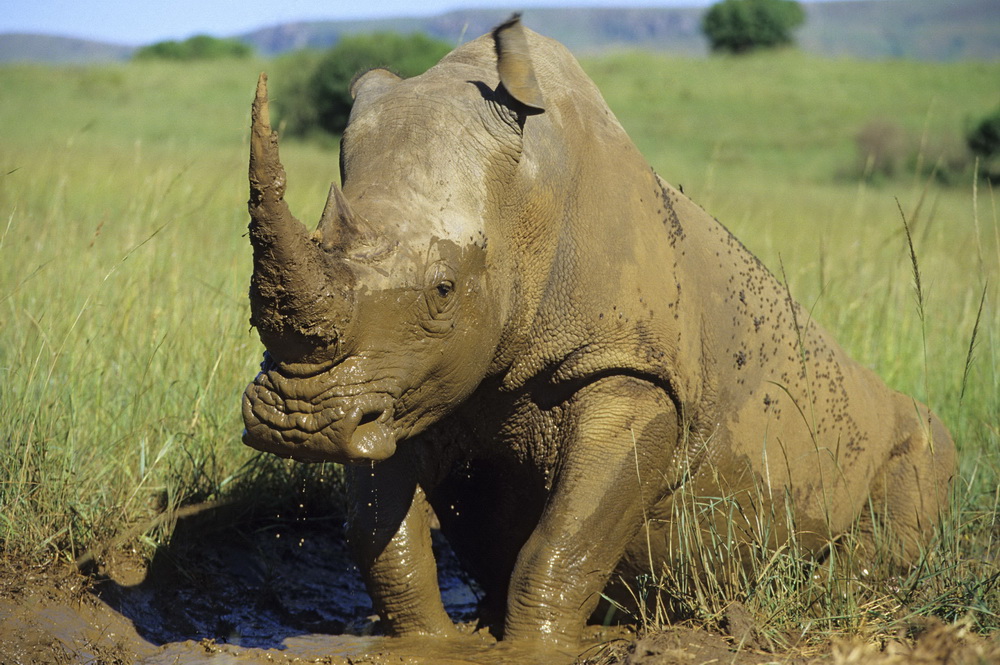 Right now, poaching is one of the biggest threats facing rhinos. In the last decade, more than 8,300 rhinos have been killed by poachers. But this isn’t the only issue that affects rhino populations.

Just like all wildlife, rhinos are impacted by the environment around them, needing enough food to eat, water to drink and a rich, spacious habitat to call home. Living in hot, sometimes desert-like regions, Africa’s rhinos are often used to low water levels, but what about when drought hits?

Recent droughts within Southern Africa have made things tough for our beloved rhinos. The drought in 2015 – 2016 in South Africa was the worst to hit the region since the early 1980s, with almost 50% less rainfall in certain places. Lower water levels mean fewer plants and therefore, less food to eat. In turn, it is more challenging for rhinos to breed, or to raise their calves into healthy and happy young rhinos.

This latest drought has had a big impact on rhinos, especially those in Kruger National Park, where the number of white rhinos has decreased by 51% since 2012. Across the continent too, the most up-to-date figures for white rhinos show a declining trend, with 21,320 animals in 2012 dropping to 18,067 by the end of 2017. The number of black rhinos has, thankfully, increased in the same period, to 5,495 at the end of 2017, but this number is still worryingly low.

Of course, we cannot simply find more rain. However, we can improve the way all rhino populations are protected from every threat they face. This might mean improved anti-poaching measures, translocations to richer habitats, or a range of other options.

With the poaching crisis still ongoing, much of our efforts will be to keep rhinos safe, while also managing rhino populations carefully, reducing and tackling every challenge that comes rhinos’ way.