You are here: Home » News » Thank you – Help a Ranger, Save a Rhino fundraising target achieved 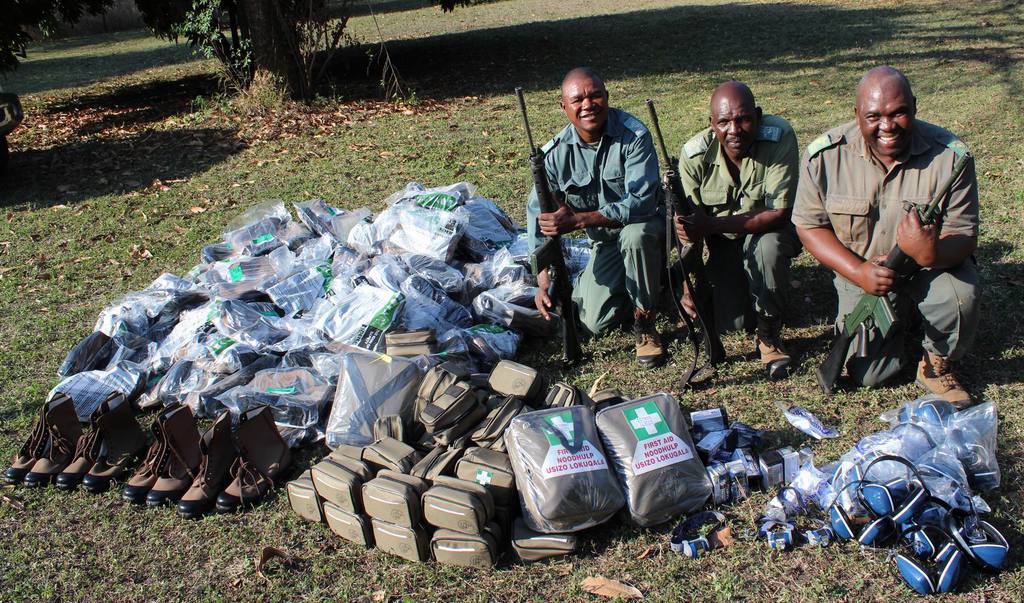 On behalf of the rangers at Hluhluwe-iMfolozi Park, we would like to thank all of our supporters who so generously donated to our Help a Ranger, Save a Rhino appeal. With the kind donations from individuals, zoos, companies and organisations around the world, you’ve helped us raise £29,567 for rhino protection in Hluhluwe-iMfolozi Park since June 2014.

Watch the video below, for a short thank you message from Jabulani Ngubane, Park Manager of Hluhluwe-iMfolozi.

Your donations are immediately being sent to the field where they are put to good use purchasing essential ranger equipment. The bulk of the money has already be spent on the new gear, see photos below, while the rest of the items are on order with suppliers. Donations to our Help a Ranger, Save a Rhino appeal have specifically helped with the purchase of the following items:

With so many generous donations from our supporters, we greatly surpassed our Christmas target of £20,000, meaning that funds are available for other priority anti-poaching activities needed to step up rhino protection in the Park during 2015. We are currently discussing with Dirk Swart, Section Ranger in Hluhluwe Game Reserve, how this surplus can best be spent. Depending on the success of funding applications to other funders that he has put in, it seems likely that the extra money will be used for a replacement engine for the Bat Hawk aircraft (the current one needs frequent maintenance and repair) or towards the purchase of four new Land-cruisers for the deployment of the fenceline maintenance teams around the Park.

We’d also like to pass on a message of thanks to our supporters from Patrick Sibeko, Conservation Manager, iMfolozi Game Reserve.

”I would like to personally applaud your conservation efforts and continued support of Rangers on the frontline throughout the World. Save the Rhino International has been a true ally to iMfolozi Game Reserve and the greater Hluhluwe-iMfolozi Park for several years. Your continued unwavering support during this extremely difficult period in conservation history has had a significant impact. Your contributions to our Park has provided us with much needed equipment, and more importantly, talking to the Rangers in the field, it is clear that Save the Rhino donations provide a massive morale boost on a regular basis.”

With rhinos continuing to be poached at an alarming rate in South Africa, Save the Rhino International is committed to supporting the ongoing rhino protection efforts of Hluhluwe-iMfolozi Park. But to do this, we need your help! Rhino conservation is becoming increasingly expensive, and ongoing donations are needed to equip the dedicated rangers and anti-poaching units to help them fight the poaching threat.

Donate to Help a Ranger, Save a Rhino