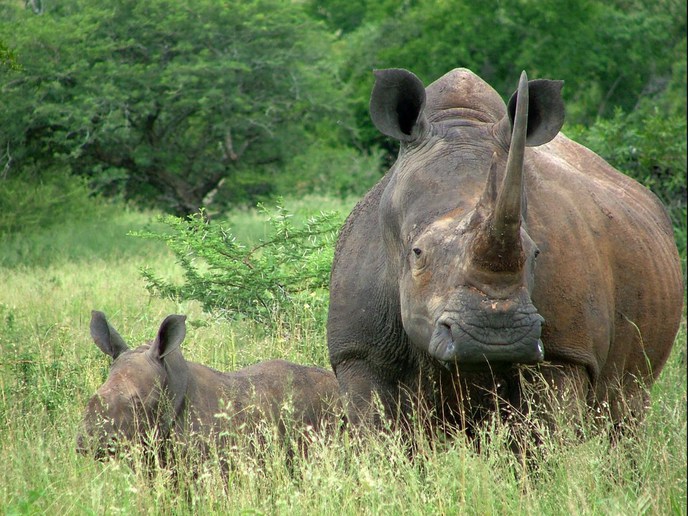 Despite the encouraging news that the number of rhino poached in South Africa has declined, for the third year in a row, 1,028 rhinos were still killed for their horn in 2017.

The uMkhuze Game Reserve, located in the northern part of KwaZulu-Natal, has been one of the hardest hit regions of South Africa by poachers. With the Reserve’s budget stretched and running costs increasing, there was a need to upgrade equipment to build ranger morale and increase their capacity to protect their important black and white rhino populations.

Some 80% of Save the Rhino’s grants in 2016 –17 were in support of rhino monitoring and protection programmes: ensuring ranger teams have the equipment, training and facilities they need to do their jobs. In the last decade, more than 1,000 rangers worldwide have lost their lives in the line of duty. It’s even more shocking they often didn’t have the basic kit they need to protect rhino populations. That is where we can help.

So far funds have helped to purchase 45 head torches, 80 pieces of rain gear, 14 pistol holders, 40 bullet-proof vests, 59 sleeping bags, 200 field ration packs, and 59 mosquito nets, repellents and hat nets. The focus of the project has been on enhancing the staff morale and equipping field rangers operating under extremely difficult conditions to perform their duties more effectively and with greater support.

“The improvement of services and the living and working conditions of our field rangers goes a long way to ensure they are properly motivated to face their daily strive. A hot decent meal with a warm shower is as pivotal as the much-needed purchases of decent torches, backpacks, binoculars and other equipment”.

UMkhuze Game Reserve is the less well-known little brother of Hluhluwe-iMfolozi Park but, as one of the few remaining strongholds for South Africa’s indigenous black rhino population, it is well deserving of our support.

“In this era where the fight against rhino poaching is becoming increasingly sophisticated, there is a critical need to look after our most important assets: our staff. All technology in the world means nothing without the correct application of the boots on the ground, and that’s where the support of Save the Rhino and its donors has been so helpful”.