You are here: Home » News » Walking in the daylight 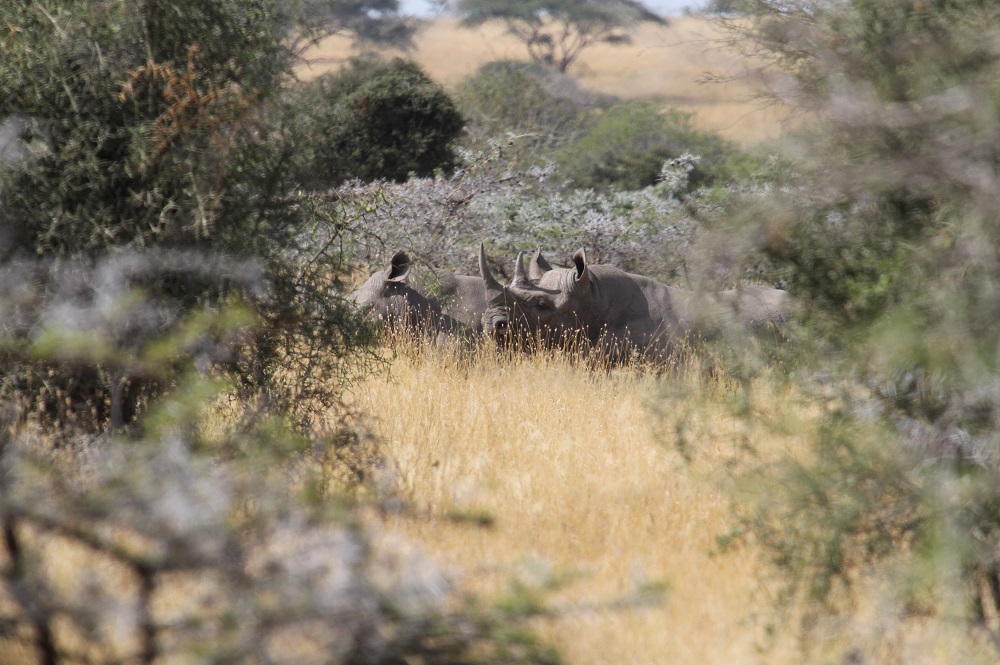 One might call them ‘day-walkers’: mythical two-horned creatures that choose to leave the darkness of their thicket home and venture into the sunlight.

It’s a rare behaviour for the rhinos that live in the Chyulu Hills of southern Kenya. The population was once thought extinct and rediscovered with much excitement in the 1990s. Those few black rhinos that had survived the poaching onslaught were the ones that had hidden in the deepest, darkest, most impenetrable bush. Invisible meant alive.

Since then, rangers from Big Life Foundation have worked closely with their counterparts from the Kenya Wildlife Service to protect these animals in the Chyulu Hills National Park and on the Maasai community lands that border it. The 50 rangers, spread across nine units, spend their days fighting through dense thorn thicket and traversing ancient lava fields that eat patrol boots for breakfast. All in pursuit of the protection of an animal that they hardly see.

Without much visual contact, the monitoring of rhinos is achieved by measuring the spoor size (foot tracks) and via camera traps. The population had remained stable at seven individuals for the last few years. No losses to poaching is always good news, but there was even more reason to celebrate earlier this year when some tiny tracks announced the exciting arrival of a new addition.

It is hard to declare one rhino more valuable than another, but this is an original wild population, never touched by human management, and that does indeed make them special. One baby Chyulu rhino really is priceless.

This new baby isn’t the only sign that things are changing for the better. Slowly, we’re seeing the rhinos venture out of the thickets. This began during the dark and is now increasingly happening in the daylight.

In fact, a group of rangers was recently reminded that being able to see a rhino doesn’t necessarily make it any less dangerous after a rhino named Cathy (after Save the Rhino’s CEO Cathy Dean) and her calf were sighted one morning.

The team suddenly found themselves stuck between mother and calf with an unpredictable wind. Crouching in the grass was a temporary reprieve but Cathy eventually found them. She charged, thankfully changing course at the last minute, leaving only a story and a few sweaty palms in her wake.

But it’s a story with a happy ending, and hopefully, one that demonstrates that this population is slowly starting to feel safe enough to go day-walking.