You are here: Home » News » Meet Alfie and Bobby, the rhino boma residents at Ol Jogi 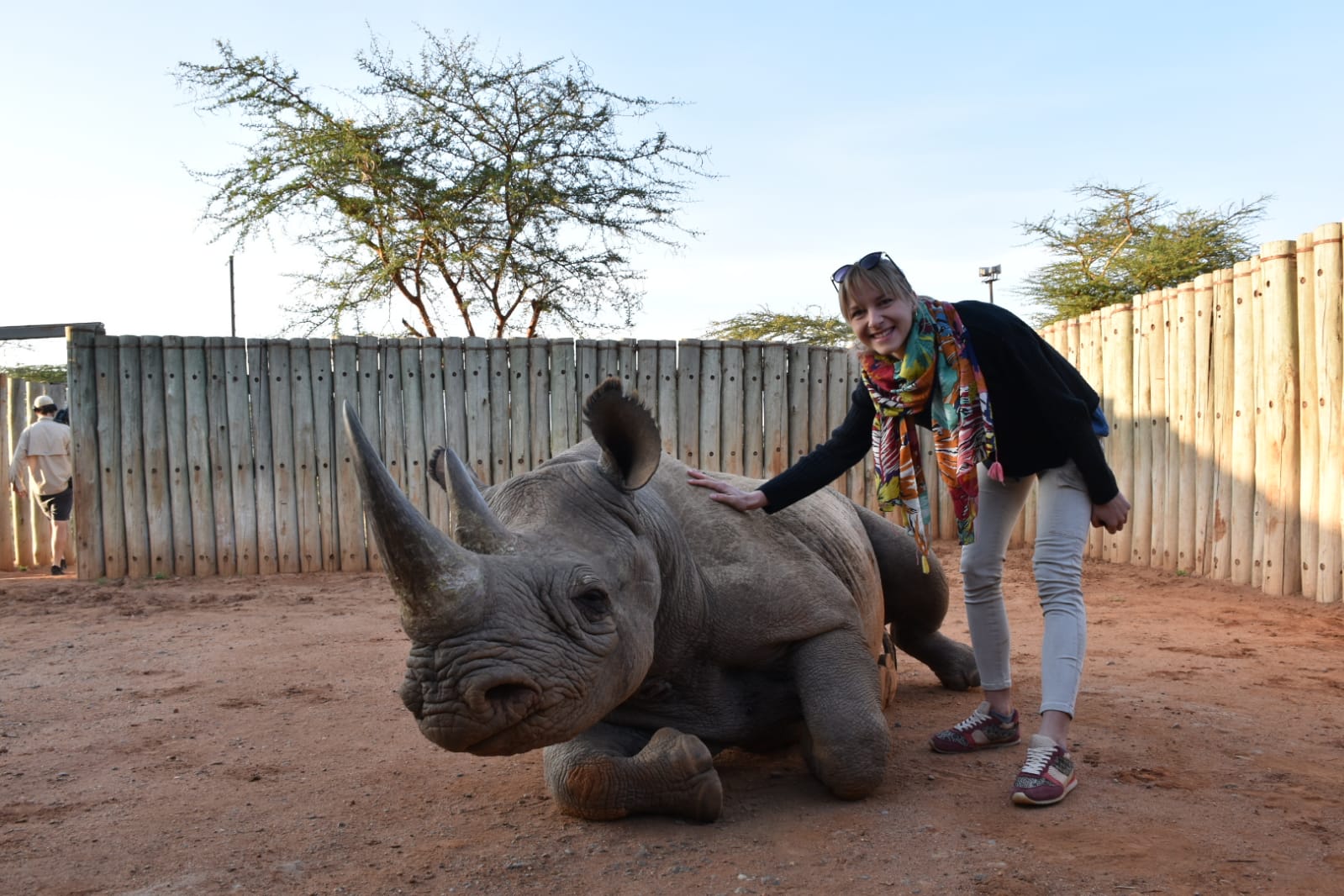 Encounters with wildlife are always special, and so much more when you meet an animal with a distinct personality. Today, on an early morning visit to Ol Jogi’s bomas (rhino enclosures),

I met two black rhinos, Alfie and Bobby, and their keeper Peter Lukas. In 2012, Alfie was diagnosed with a condition called Bilateral Mature Cataract, meaning that he was effectively blind. Rangers patrolling the Conservancy had found him alone and walking into trees, immediately alarming Jamie Gaymer, Ol Jogi’s Conservation Manager, to find out what was wrong. After several examinations, including an ultrasound, and consultation with national and international vet experts, it was confirmed that the cataract was too severe and inoperable; Alfie would be blind and needed hand-rearing for the rest of his life.

Ol Jogi has recently renovated their boma facilities with the support from our donors including the Anna Merz Rhino Trust, Yorkshire Wildlife Park Foundation and Tallinn Zoo. The new enclosures were designed and constructed to accommodate up to five rhinos requiring veterinary or hand-rearing care, as well as new ranger houses built next to the bomas, giving shelter for rangers taking care of these rhinos day and night.

When I visited the boma facilities yesterday morning, we first saw a black rhino calf Meimei, and then a young bull called Bobby. Finally, we met Alfie. One of his keepers, Peter Lukas, was conducting his morning routine; checking up on all the rhinos, providing any additional supplements they might need, and taking Bobby and Alfie out for a walk into the large enclosure, where both rhinos can safely browse for food.

Seeing the bond between Alfie and Peter was extraordinary. As Alfie cannot see, he relies much more heavily on his sense of smell and hearing. He needs to trust his keeper to walk out of his boma into the larger enclosure, and then follow him back to the boma once he’s had enough browse to rest.

While Alfie will require hand-rearing care for the rest of his life, Bobby is five years old now and nearly fully weaned, with plans afoot to release him back into the wild. Bobby was rescued on 9 July 2014, one of the worst nights in the history of Ol Jogi, when four rhinos were poached, including Bobby’s mother Sari.

Fast-forward five years, thanks to the excellent care of the staff at Ol Jogi, Bobby will be able to be released into the wild, with the hope that he will soon breed and contribute to the future of his species. With only around 5,000 black rhinos left in the wild, it is a testament to Ol Jogi for ensuring that each and every individual black rhino is given a chance to thrive in the wild.