You are here: Home » News » More international collaboration is needed to take down poaching syndicates 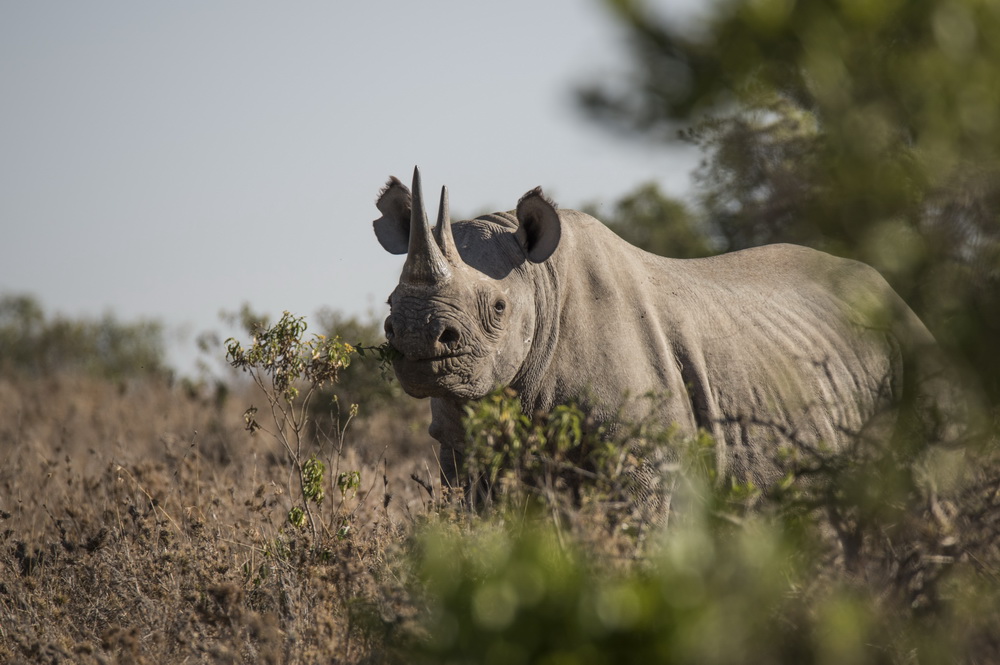 On 12 June 2019, Moazu Kromah was arrested in Uganda. Kromah was extradited to the United States and faced a New York City courtroom the very next day, being charged by the US Government with conspiracy to illegally traffic rhino horn. Of his three alleged accomplices, one is being held in Senegal, pending the extradition request being approved; the other two, both Kenyans, are still at large.

According to the indictment, since 2012, Kromah and his network had conspired to traffic and sell at least 200 pounds of rhino horn. Members of the group are also charged with conspiracy to traffic elephant ivory, money laundering and conspiracy to distribute heroin.

The case clearly illustrates that those behind the illegal wildlife trade are closely connected to other forms of crime; rhino horn and elephant ivory are simply a commodity that they choose to exploit. By gathering further evidence, building a stronger case and bringing multiple charges, the prosecuting authorities have ensured that, if found guilty, the sentence given can be much more severe. In this case, the wildlife trafficking charges carry a maximum sentence of five years in prison, but drug possession carries a mandatory minimum of 10 years and a maximum of life.

Kromah’s crimes were transnational: while the syndicate was based within Uganda, its activities spanned many countries in East and West Africa, and the illegal goods were sold to customers in the United States and Southeast Asia. The operation to arrest the individuals was managed by an international coalition of government agencies and NGOs, led by the US Fish and Wildlife Service, working closely with African governments and law enforcement departments.

International operations such as this one help bring down those higher up in the poaching ‘food-chain’, disrupting the entire structure rather than arresting the ‘poacher in the park’, who likely has little connection to the so-called kingpins. Sadly, poachers are seen as ‘expendable and replaceable’; they are at the highest risk of being caught and the bosses therefore deliberately place layers between them and the poachers, to reduce the impact of interrogation of those arrested.

As this article explains, another advantage of the extradition of Kromah to the USA is that the risk of him being able to bribe his way out of the courtroom is greatly reduced. A previous attempt in Uganda to prosecute him failed; it is widely suspected that corruption was involved in that case.

We very much hope that this example will be replicated by other efforts to bring alleged rhino-poaching kingpins to justice. In recent months, there have been  a number of large seizures of rhino horn in South Africa, yet trials of those involved are frequently delayed and sentences are unexpectedly overturned or reduced (e.g. as with the release of Chumlong Lemtongthai after serving just six years of a 13-year sentence, or the collapse of the case against Boonchai Bach).

Another shocking example is the long-standing case against Dawie Groenewald, an alleged rhino horn syndicate kingpin originally arrested in 2010, but whose trial has been repeatedly postponed, now until 2021. The United States indicted Groenewald in 2014, charging him with “conspiracy to sell illegal rhinoceros hunts in South Africa in order to defraud American hunters, money laundering and secretly trafficking in rhino horns”. Yet Groenewald cannot be extradited to the US to face the charges until the South African trial is complete.

With more effective international collaboration and, dare we say it, political support for the prosecution within South Africa, the case of Groenewald might move forward more quickly. Given the huge number of charges against him and his network (more than 1,870 in South Africa alone), surely it is crucial that this suspected syndicate is stopped urgently, rather than running the risk of continued illegal activities.

We hope that the case of Moazu Kromah gives a new example of such positive international collaboration. With more of the same, syndicates can be disrupted and eventually, stopped altogether.