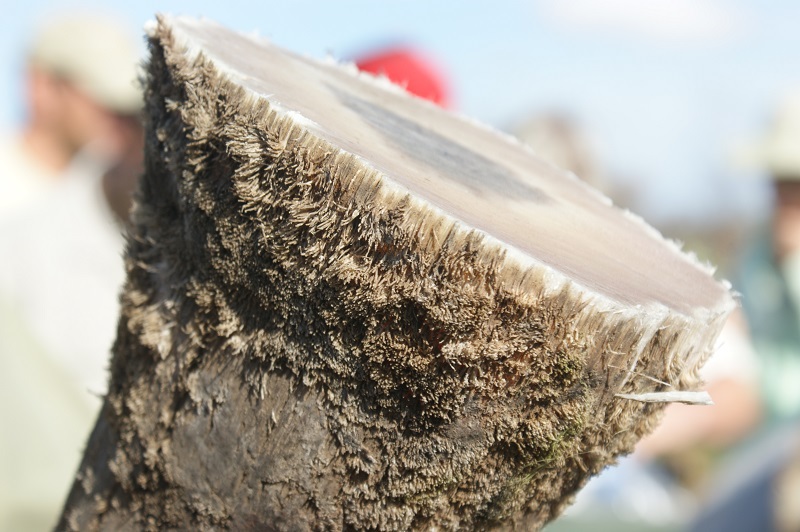 In today’s increasingly online world, spurious claims and poor research can spread rapidly across cyberspace. But fake news and ‘alternative’ facts are nothing new in rhino conservation.

How does Save the Rhino debunk the myths and promote the well-researched evidence? And, most importantly, how can we stop fake news from eroding trust in the work of rhino conservationists?

It is unlikely that large-scale donors or policy-makers, heavily invested in conservation, would be swayed by stories like these, but there is a risk that concerned members of the public could donate to similar projects without being given the full picture or clear transparency on the impact of their funds. This is just one example of the many ways in which members of the public can lose trust in conservation NGOs or other organisations, and lose belief that the poaching crisis can be solved.

Perhaps the most infamous and longstanding example of fake news in rhino conservation, and one of the more pernicious, is the idea that rhino horn is frequently used as an aphrodisiac in Traditional Chinese Medicine (TCM). This oft-quoted but seldom backed up ‘fact’ seemingly has no source, yet appears in many articles or interviews on the subject of rhino horn poaching.

Rhino horn has never been used as an aphrodisiac — at least not until very recently when, capitalising on the constant citations in Western media, researchers reported that rhino horn dealers may have realised the benefits of this added marketing incentive. Richard Ellis, who has conducted extensive research on the history of rhino horn consumption, traces the likely origins of the ‘aphrodisiac myth’ back to Western writers with limited knowledge of TCM. One such writer was J.A. Hunter who, in 1952, wrote: “These horns are used for a curious purpose. Orientals consider them a powerful aphrodisiac.”

This example begs the question: if we can’t agree for what rhino horn is actually used and by whom, then how can we hope to stop the demand for illegally poached and traded horn products in Asia? Answering these questions is absolutely fundamental in stopping the poaching crisis. Lazy assumptions will do nothing to help us to target consumers and change their beliefs and behaviour.

Interestingly, it is also widely reported in the press that rhino numbers in general are declining, and that rhinos are likely heading for extinction. It has often come as a shock to many of our supporters to find out that, overall, rhino numbers are still climbing or at least remain stable.

Just as there is a different picture for each species, sub-species and regional population, so too is there for poaching statistics. Technically, the coverage journalists are seeing isn’t inaccurate but the statistics are frequently misrepresented. If readers are bombarded with negative information and the seemingly inexorable decline of rhinos in the wild, might they give up hope? Providing a counter narrative that is factual and balanced and shows blueprints for success is a key strategy here at Save the Rhino — and one of the reasons why we look forward to publishing The Horn each year.

Save the Rhino wants to continue engaging with our supporters using the mediums they do, including social media, but also making time and space for nuanced, well researched and detailed long reads. As with so much of our work, there has to be room to take on different points of view, and explain the difference between facts on the ground, and ideologically led policies. We don’t claim to have all the answers, and there are still many ideas we’re not decided upon — see international horn trade as a case in point. We’re committed to this transparency and, of course, admitting when we’ve got things wrong.